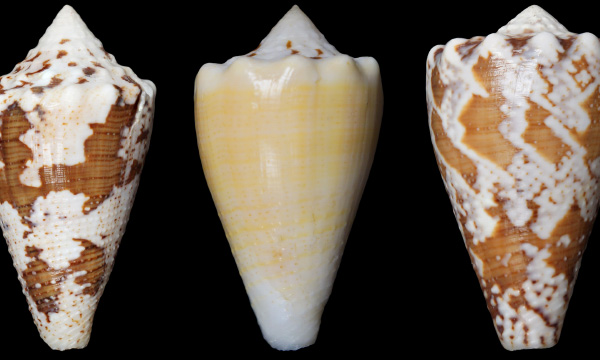 The Department of Defense awarded a $10 million grant to be paid over four years to a multi-disciplinary team, some of whom worked on a University of Utah Health study published in February 2017. ARUP is a partner to the University of Utah, and has an extensive pain management panel. Photo by My Huynh.

Chronic pain—it’s nearly always there, making a person desperate for a solution. Causes can include nerve damage from injuries or war wounds or chemotherapy; or medical conditions like cancer, fibromyalgia, sickle-cell disease, and others.

Whatever the reason, such a condition has “a strong influence on a person’s optimism and wellbeing--a pulling force on their depression,” says McIntosh.

With around 23.4 million adults (10.3 percent) experiencing “a lot” of pain in the United States, according to an analysis of the National Institutes of Health (NIH)’s 2012 National Health Interview Survey (NHIS), physicians such as McIntosh are always looking for ways to treat those patients.

“Many of my patients suffer from chronic pain, and it is hard to see. You find that people are being managed with opioids; there are not a lot of other options. Because opioids can cause mental clouding and sometimes addiction, it’s clear that if we could better treat their chronic pain, not only would their pain be better--so would their mood.”

J. Michael McIntosh, MD
A University of Utah Health researcher on a team awarded a $10 million grant from the Department of Defense to identify natural pain treatments.


The natural world may provide new hope. In his other job as a professor of biology at University of Utah [partner to ARUP Laboratories], McIntosh and his research team are studying the poisonous venom of certain Caribbean cone snails, and have developed a compound from it. That compound can potentially not only treat pain, but do battle against potential pain—helping to prevent the nerve damage that normally can happen in chemotherapy. Their work goes next to additional preclinical trials, with plans to apply to the FDA for investigational new drug status—with human clinical trials to follow.

In the nation’s current state of opioid-addiction crisis, more alternative treatments for pain would be welcome. McIntosh, working with veterans and in psychiatry, says that while opioids—those opium-like compounds that bind to certain receptors to decrease pain—are “very effective for short-term pain, they are not particularly good for long-term treatment.” Besides addiction for some, opioids can cause mental clouding. Addiction itself is of course a serious and growing issue: In 2014, nearly 2 million Americans abused or were dependent on prescription opioids; and as many as 1 in 4 people who receive prescription opioids long-term for noncancer pain in primary care settings struggles with addiction, according to the Centers for Disease Control (CDC) website.

We talk here with Dr. McIntosh about snail venom and its potential.

ARUP has a broad panel of pain management that includes pharmacogenetics and other tests as well as expert consultation.

University of Utah Health has more information about the Department of Defense grant here.

Note: J. Michael McIntosh, a researcher at University of Utah Health and a psychiatrist at the Veterans Administration Hospital in Salt Lake City, and others are on a multi-disciplinary team at University of Utah Health that received a grant from the Department of Defense for around $10 million over four years. They are specialists in the fields of biology, anesthesiology, pharmacology, and medicinal chemistry and are being funded to identify new, natural compounds to develop non-opioid drugs for pain management.

“Detectives Discover More About the Accident Factor in Opioid Overdoses”