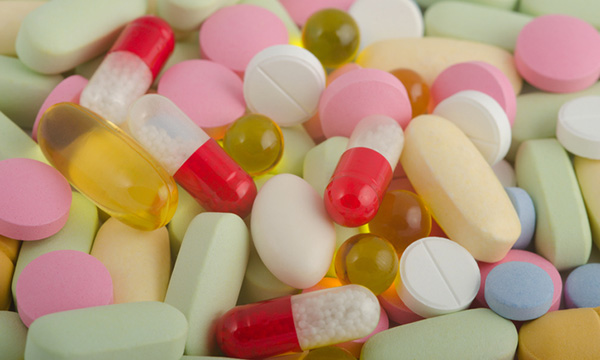 Ruth was afraid she looked like a drug seeker. As it happens, wanting more of an opioid wouldn’t be that unusual. In 2015, more than 15,000 people died from overdoses involving prescription opioids, such as morphine, oxycodone, and codeine-containing Tylenol, according to the Centers for Disease Control and Prevention (CDC).

After a car accident left her with nerve damage, Ruth was prescribed to take oxycodone to treat her pain, but when the medication didn’t seem to help, she asked for a higher dosage—aware that she might look like someone overusing prescription pain relievers.

With pharmacogenomic monitoring of her drug treatment, this situation might not have occurred. Before Ruth’s treatment, she could have been tested to check the genes that code for enzymes that allow her to effectively metabolize the prescribed drugs. With a urine or blood test, the monitoring scientists might have found that Ruth was not creating oxymorphone, the active metabolite of oxycodone—she was lacking the substances necessary for metabolism to take place, so the drug was not taking effect in her body to the extent expected. Or maybe her body created only inactive metabolites.

“I always wanted to better understand the outliers—those not well understood—who could become toxic.”


In cases like Ruth’s, scientists and physicians would look for a different pain-management drug, one that the patient can more easily metabolize, or perhaps one that works in a different way to alleviate the pain.

Gwen McMillin, PhD, ARUP Laboratories, wants to know every patient’s backstory. As a scientist who formerly specialized in anti-convulsive drug development and now focuses on developing tests to help patients, she wants to know how people—children before surgery, elderly people on multiple prescription medications, chronic-pain sufferers—metabolize the drugs that clinicians assign to them.

“I always wanted to better understand the outliers—those not well understood—who could become toxic,” notes McMillin, who is medical director of Toxicology and Pharmacogenetics at ARUP. She is referring to individuals whose bodies fail to metabolize a drug so they feel as if it isn’t working; when they ask for more, the dosages could build up in their system, sometimes causing an overdose. In other cases, maybe a drug is never activated in the system and does not help a person—a therapeutic failure.

With a urine test, the monitoring scientists might have found that Ruth had no metabolites for that drug—she was lacking the substances necessary for metabolism to take place, so the drug was not taking effect in her body to the extent expected.

The good news is that using pharmacogenomics, scientists can look at how genes affect a person’s response to drugs and work to eliminate cases like Ruth’s, helping clinicians to administer treatment that will work. For instance, to personalize medicine and provide better monitoring to clinicians and clients, ARUP’s Cytochrome P450 Genotype Panel test (CYP) has a comprehensive medication-recommendation report. It includes four genes that predict drug-metabolizing enzyme activity for many commonly administered drugs.

While CYP can certainly identify people at risk for poor metabolism of drugs, other monitoring at ARUP can help to deter drug misuse among pain-management patients by looking for prescribed drugs and figuring out extras or extremes. Such monitoring is important for maintaining compliance—so that, for instance, patients don’t abruptly stop a medication and then feel withdrawal or are not taking medications as prescribed, which is very different from addiction—and to help patients maintain what we think of as healthy habits in the cases when they are prescribed with strong pain medications.

“Unfortunately, there is a fine line here. Patients may end up in pain— and without the treatment plan, coping skills, and non-drug treatments, they may seek relief in less healthy ways,” notes Scott Junkins, MD, medical director of the University of Utah Pain Management Center. “Monitoring is important.”

With that in mind, ARUP’s Pain Management High-Resolution Hybrid Drug Test Panel reports on 22 opioids and a number of other compounds and is available with or without interpretation. In the former cases, technicians review client-provided pharmacy lists of the patient’s current prescriptions, comparing them with results of urine drug testing—finding those drugs in the results and red-flagging anything else. Interpretation is helpful, says McMillin, if clients are unfamiliar with patterns of drug metabolism.

Both test panels help clients to personalize drug decisions, notes McMillin. “New prescription and street drugs are always being developed, and we consistently work on reacting to and screening for those. We’re always adjusting to meet the needs of patients and clients.”