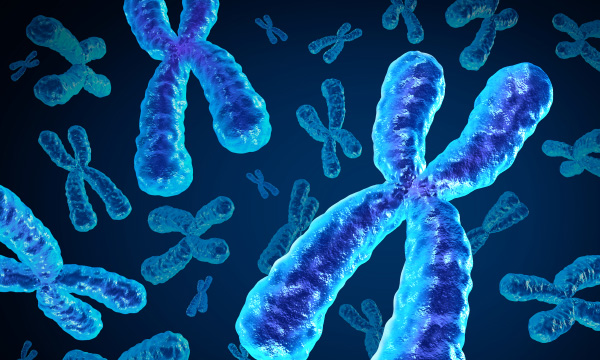 Cytogeneticists arrange and examine the 23 pairs of chromosomes to zero in on genetic variations. This work can aid in diagnosing cancer, as well as developmental delay, autism, recurrent fetal loss, and other congenital anomalies.

Cytogeneticists, geneticists who study the chromosomes in cells, have a profession with a nifty name and a big job looking at small details.

Within a human cell, cytogeneticists arrange and examine the 23 pairs of chromosomes to zero in on genetic variations. In diagnosing cancer, developmental delay, autism, recurrent fetal loss, and many other congenital anomalies, they do important work that can get to the center of it all. After all, chromosomes, those thread-like structures of protein and nucleic acids in the middle of most cells, hold the genetic keys to a person’s existence.

Allen Lamb, PhD, is one of those cytogeneticists and a founding fellow of the American College of Medical Genetics and Genomics, as well as section chief of Cytogenetics and Genomic Microarray at ARUP Laboratories. He specializes in prenatal and postnatal chromosome diagnosis. We talk here with Dr. Lamb about his field, cytogenetics.

"[Because of genomic microarrays], a lot of discoveries can now happen at the sub-microscopic, sub-visual chromosome level; we previously had very little chance of detecting those."