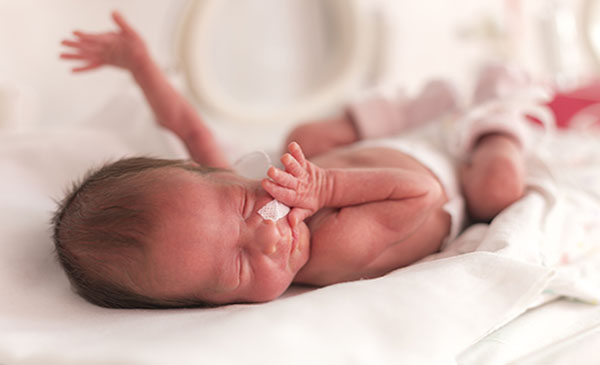 Sometimes babies are already in the throes of withdrawal symptoms, but physicians can’t determine what drugs they are dealing with until test results are available

If not, you may already know these are all street terms for fentanyl or fentanyl-laced heroin or cocaine. Fentanyl is 50 times stronger than heroin and 100 times more potent than morphine. It is becoming a leading drug of abuse, a culprit behind the increase in America’s drug-overdose death rate.

People abuse fentanyl in many ways. They swallow, snort, or inject it, or even absorb it through their gums by ingesting blotter paper or patches intended to deliver the drug through the skin.

When pregnant women abuse the drug, it may find its way into the unborn child.

And when the umbilical cord is cut at birth, babies exposed to the drugs in utero immediately go “cold turkey,” triggering withdrawals.

A 2016 report from the Centers for Disease Control and Prevention (CDC) estimated that about 24,000 drug-dependent babies were born in 2013 (the last year with complete statistics). That’s one baby every 20 minutes. The opioid crisis has only worsened since then.

For some babies exposed to drugs before birth, a characteristic withdrawal syndrome known as neonatal abstinence syndrome (NAS) occurs and may require extensive treatment. Providers may opt for umbilical-cord testing to determine which drugs the baby was exposed to while in the womb. As the second medical laboratory in the country to start offering cord testing (starting in 2012), ARUP has been at the forefront of cord-tissue testing.

Gwen McMillin, PhD, medical director of Toxicology and Pharmacogenetics, and recognized internationally for her work in this area, says that of the 40 specific drugs and drug metabolites testing can detect, the second most commonly found drug class is opioids, a category that includes fentanyl. Marijuana is the most common.

“We provide positivity data that lets hospitals see exactly what their moms may be doing,” says McMillin, who is also a professor of pathology at the University of Utah.

ARUP has also designed a dashboard that allows clients to view drug trends in their patient populations.

“We are definitely seeing a rise in fentanyl-positive tests, but prevalence is very geographical,” says McMillin. “A lot of states are seeing it laced in with heroin.” She explains that there are different types of fentanyl, some more potent than others, and certain kinds may be more prevalent in one area of the country than another.

The cord test may also detect traces of fentanyl in women who underwent an epidural or a C-section. In its prescription form (Actiq®, Duragesic®, Sublimaze®), fentanyl is used as an anesthetic to treat acute pain and chronic pain, such as in cancer patients.

“There is no doubt that fentanyl use and fentanyl-related deaths have continued to climb. And, of course, pregnant women are not immune from that.”


It is important to know which drugs a baby is withdrawing to determine the best treatment. For any opioid, NAS symptoms can include difficulty breathing, extreme drowsiness, poor eating, irritability, sweating, tremors (shivers), vomiting, and diarrhea.

The sooner treatment begins, the better. The best thing for a drug-dependent baby is for its mother to spend time in the Newborn Intensive Care Unit (NICU) holding and cuddling her child. Known as “kangaroo care,” this skin-to-skin, chest-to-chest way of holding a baby seems to help comfort babies with NAS. However, many drug-dependent babies need more than this.

The American Academy of Pediatrics recommends giving babies the same class of drug they encountered before birth, then gradually reducing the amount day by day. Morphine and methadone are the two most commonly used medications for managing withdrawal symptoms.

Test results can also be helpful in getting the mother help and support and in determining the most appropriate drug-treatment program (required by some states). Usually, multiple drugs are involved. “It is extremely common that if we find drugs, we find more than one,” adds McMillin.

Why Cord Tissue Testing Versus Meconium?

Currently, ARUP is one of only a few labs offering umbilical-cord testing for fentanyl. Meconium (the baby’s first stool) can be tested for fentanyl, but ARUP prefers cord-tissue testing. Waiting for the first stool to pass may waste valuable time, or the mother may try to dispose of it secretly, or it may pass during a difficult delivery, as happens in 10 percent of cases. Sometimes meconium samples are too small or sent too late for viable testing.

The cord has become the specimen of choice because of its practical size, easy transportability, and accessibility. “Every child comes into this world with one, and it can be sent the minute the baby is born,” points out McMillin.

Twenty years ago, encountering babies suffering from NAS was rare in many cities. Now, some hospitals have entire NICUs devoted to caring for these babies. According to the CDC, between June 2015 and June 2017, overdose deaths rose by 34 percent. During the same period, fatalities linked to synthetic opioids other than methadone, a category dominated by fentanyl, more than tripled from 7,551 to 23,995.

“There is no doubt that fentanyl use and fentanyl-related deaths have continued to climb,” says McMillin. “And, of course, pregnant women are not immune from that.”