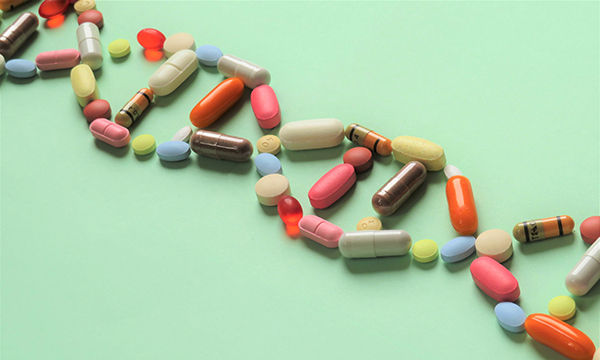 It had been years since Tricia* had felt like herself—felt happy. She was on multiple medications for heart issues, which were working, but the medications to treat her depression had failed time and time again, sometimes with side effects that were unbearable. When her doctor, Kathryn Gibson, MD, suggested a new test that could help identify what mood medication might work best with her genetics, Tricia was not up for another four to six weeks of false hope and side effects from yet another medication. Dr. Gibson's careful explanation of how pharmacogenetics works convinced Tricia that it was worth a try.

Pharmacogenetics (PGx) is an area of testing that assesses the genes that affect the body’s response to medications. Tricia received a test that homed in on four genes and their metabolic pathways. (The panel will soon include six genes.) Any mutations in these pathways could influence her response to certain medications. A mutation might prevent a patient’s body from breaking down a drug or perhaps cause it to metabolize too quickly. The consequence would be unintended concentrations of active drug and drug metabolites, as well as the existence of the drug and drug metabolites in the blood for unpredictable durations of time.

“If patients are not metabolizing the drug, then the active drug could build up in their bodies to toxic levels. It would be like an unintentional overdose.”


“At least 90 percent of people will have at least one gene that is affected. It’s pretty common,” says Gwen McMillin, PhD, medical director of ARUP’s Toxicology and Pharmacogenetics departments. “The most pertinent information comes from looking at a combination of all the relevant genes to determine if someone has drug metabolizing issues.”

“If patients are not metabolizing the drug, then the active drug could build up in their bodies to toxic levels. It would be like an unintentional overdose,” says McMillin. In contrast, many prodrugs never become active, leading to therapeutic failure. Both toxicity and therapeutic failure lead to significant frustration and cost for patients and providers.

An Investment that Goes Beyond Dollars 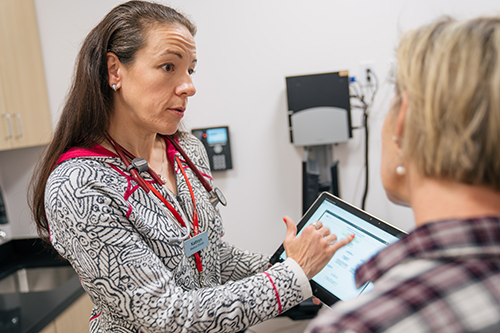 “There is always a concern for side effects, even when someone is just on one medication. This concern multiplies with more medications and unknown genetics,” says family physician Dr. Gibson, noting that pharmacogenetic testing can benefit patients on multiple medications and who have complex health issues.

A PGx test panel costs an average of a few hundred dollars and has the potential to lower overall expenditures by:

Who Can It Help?

This type of test is especially valuable for patients who are on multiple medications and ones that have pharmacogenetic associations. “There is always a concern for side effects, even when someone is just on one medication. This concern multiplies with more medications and unknown genetics,” says Gibson, who is a family physician in the ARUP Family Health Clinic. Clinic health providers work closely with its pharmacy team to tailor treatment for each patient. Pharmacogenetic information can also identify an increased risk of drug to drug interactions, including over-the-counter drugs. 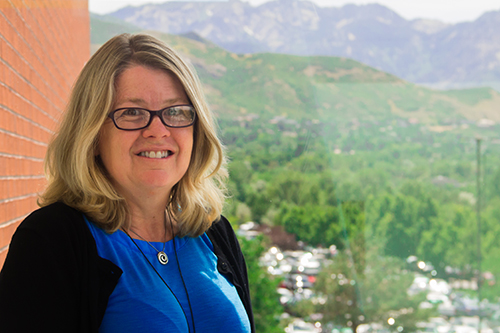 Gwen McMillin, PhD, oversees ARUP’s pharmacogentics and toxicology labs. She is also a professor of pathology at the University of Utah School of Medicine.

“It’s really important to make sure the medication is the right fit,” adds Gibson. She points out that besides the effect on a patient’s quality of life, there is time and cost involved when an ineffective medication is being used. Patients being treated for cancer, chronic pain, and psychiatric issues especially benefit from knowing whether a drug is being metabolized effectively.

Most of Gibson’s colleagues are not aware of this new area of pharmacogenetics testing. “It’s new, and they anticipate results—a report—that’s tough to digest from a clinician’s standpoint.” New cloud-based algorithms and technology now allow ARUP to provide easy-to-understand PGx test results.

When Tricia comes in for checkups now, she is smiling. After five years of struggling with debilitating depression, she has reclaimed her quality of life by finding the right medication. Gibson recalls, “When we were finally able to put that piece in place, the right antidepressant with her unique genetics, everything clicked.”

*Name has been changed.

Putting the Precision in Medicine: Imatinib First in a Series of Cancer-Drug TDM ARUP Plans
https://www.aruplab.com/news/08-14-18/Imatinib-Precision-Medicine-First-in-Series-TDM