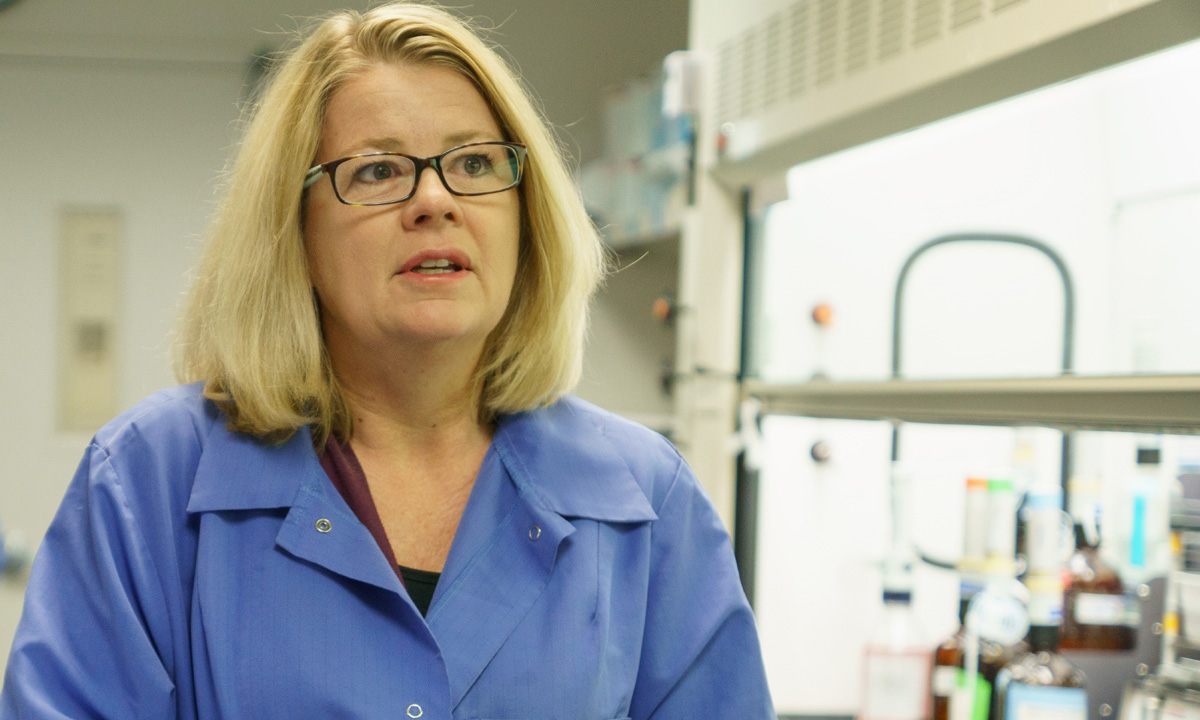 Adverse drug reactions cause more than 700,000 ER visits each year, with some 120,000 patients needing to be hospitalized for further treatment, according to the Centers for Disease Control and Prevention. If not metabolized properly, drugs can be lethal.

This test and the associated medication-management tools are particularly useful for people, such as the elderly, who require several medications, those who have experienced adverse drug reactions or therapeutic failure with standard doses of medications, and those, like children, who have no personal history with medications.

Everyone’s metabolism is unique. This test will help identify those people who are at increased risk for therapeutic failure and/or toxicity from certain drugs.


Many children’s hospitals test all their young patients undergoing a tonsillectomy or adenoidectomy. These relatively common procedures have resulted in deaths across the United States because some children who received codeine post-surgery as a pain reliever were genetically ultra-rapid metabolizers of codeine, and as a consequence, fatal amounts of morphine were produced by the body. The body’s inherited ability to convert codeine to morphine can be determined with a genetic test before the drug is administered to detect whether a person is at risk for abnormal metabolism of codeine and other drugs. 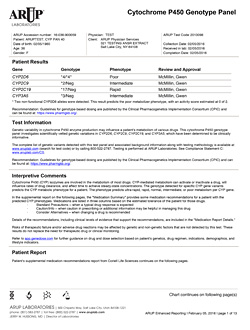 ARUP’s CYP Panel test includes four genes that predict drug-metabolizing enzyme activity for many commonly administered drugs. “I chose them based on the range of clinical guidelines published for these four genes and commonly prescribed drugs, many of which involve more than one gene,” says Gwen McMillin, PhD, medical director of the Toxicology Laboratory and co-medical director of Pharmacogenetics at ARUP.

Test results inform physicians as to whether a patient will metabolize certain drugs quickly or slowly, providing a guide to selecting certain drugs and dosages tailored to that patient and preventing adverse reactions, including therapeutic failure.

Coriell has the technology to interpret the results ARUP’s test provides and to produce an easy-to-view, comprehensive report that lists medications that are standard, low risk, or high risk for a specific patient. “We’re increasingly focused on providing our clients with a deep, information-rich context for the test results they receive,” says Brian Jackson, VP, chief informatics officer. “This knowledge allows clinicians quick access to comprehensive information, including references to evidence-based research, to guide them in patient-care.”

Metabolizing Drugs: Is Everyone Different?

All patients who require drug therapy could benefit from this personalized approach to drug and dose selection. The medication-recommendation report is particularly relevant to drugs used in treating pain and psychiatric conditions, but many classes of medications are represented in the report. 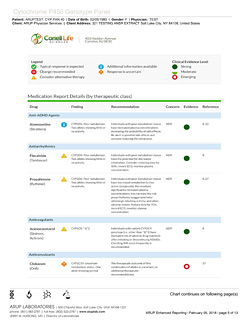 The recommendations provided by this report are based on well-vetted guidelines, including those published by the Clinical Pharmacogenetics Implementation Consortium, for gene-based drug and dose selection.

“Drugs may be activated or inactivated by metabolism. There may be multiple routes of metabolism, involving several enzymes,” explains McMillin. Drug metabolism is also influenced by non-genetic factors, including drug-to-drug interactions, food-drug interactions, kidney and liver function, age, and body size. “Everyone’s metabolism is unique. This test will help identify those people who are at increased risk for therapeutic failure and/or toxicity from certain drugs,” adds McMillin.

Intermediate metabolizers have impaired metabolism with specific drugs. In a rapid or ultra-rapid metabolizer, a drug can be metabolized too fast, leading to higher than expected blood concentrations that could become toxic. A drug inactivated by the affected enzyme may not work at all if it’s metabolized too quickly. In such cases of extreme metabolic activity, a doctor may want to select an alternate drug or adjust the dose.

While blood specimens are the most common specimen used for genetic testing, ARUP offers a saliva-based DNA collection kit. This non-invasive alternative specimen is ideal for outpatient settings or when phlebotomy service is limited, and is often the preferred method by patients.

"Detectives Discover More About the Accident Factor in Opioid Overdoses"