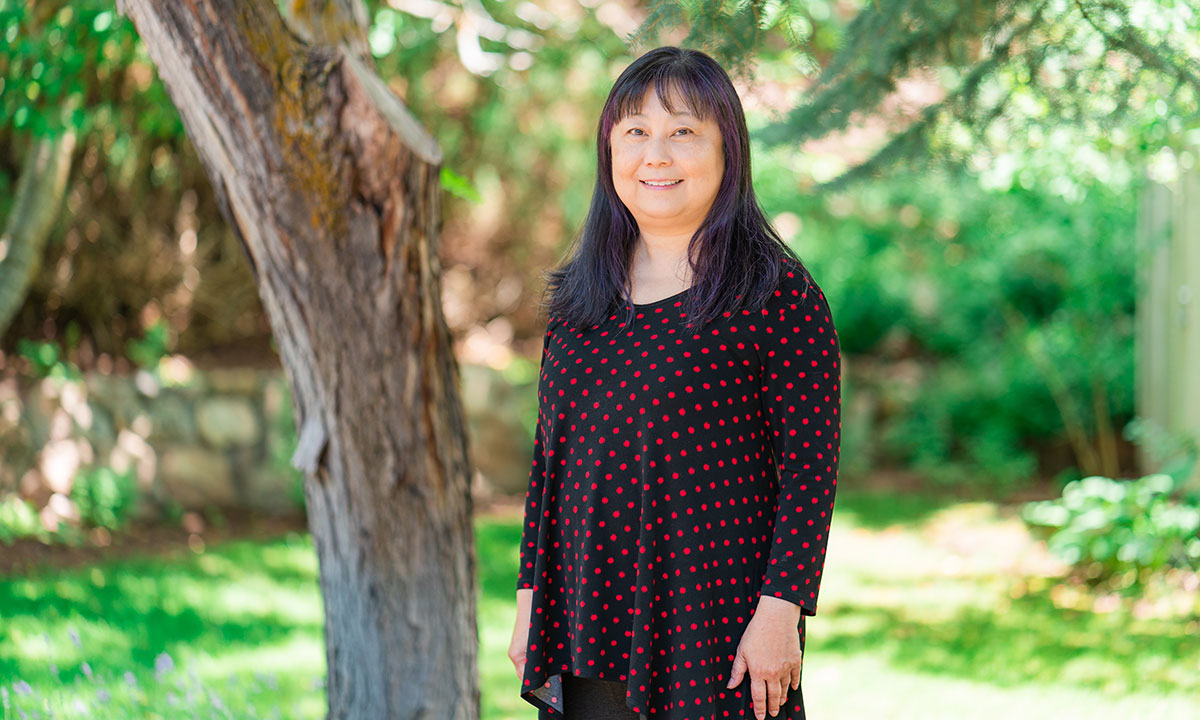 Noriko Kusukawa, PhD, retired July 2 from her position as ARUP Laboratories vice president of innovation and strategic investments after 20 years with the company.

Shortly after joining ARUP Laboratories, Noriko Kusukawa, PhD, teamed up with Marzia Pasquali, PhD, on a project that would dramatically improve the health of infants in Utah.

At the time, newborns were screened for only four disorders, but Kusukawa and Pasquali worked with the Utah Department of Health to pilot an expanded screen that would detect more than 40 disorders in newborns delivered at the University of Utah. As its success became apparent, the two lobbied the state Legislature. In 2006, Utah law was changed to make expanded screening a standard statewide.

“ARUP allowed Dr. Pasquali and I to push for change in newborn screening. Doing so was ultimately for the good of Utah’s public health, particularly for newborns whose lives were saved or significantly improved due to the new list of disorders screened at birth,” Kusukawa said.

This project is one of dozens that Kusukawa has led in her 20 years at ARUP that illustrate her unique ability to blend scientific knowledge with business acumen — an ability that has enabled ARUP to adopt new technologies that improve patient care.

“As a leader who can connect ARUP’s academic side with the business community, Noriko has really driven innovation at ARUP,” said Peter Jensen, MD, chairman of the University of Utah Department of Pathology and chairman of ARUP’s Board of Directors. 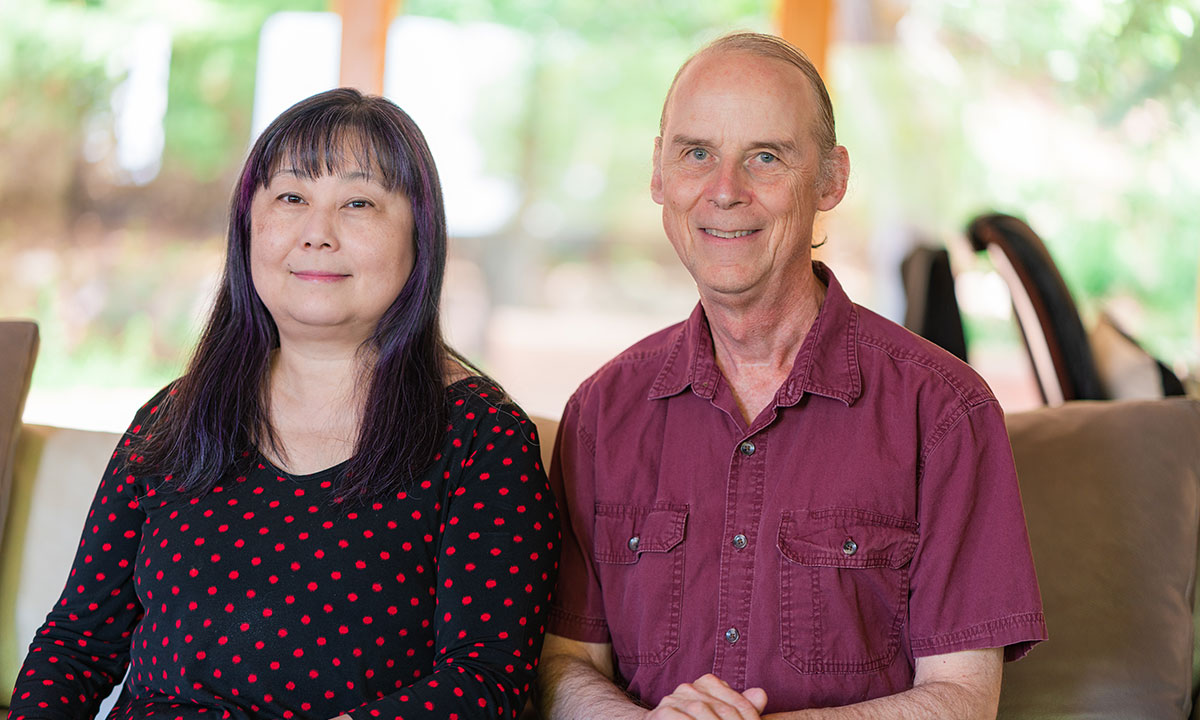 Noriko Kusukawa, PhD, and husband Carl Wittwer, MD, PhD, plan to move to Maine, where they are building a beachside home fully equipped with a molecular lab and Japanese-themed guest room.

Kusukawa retired from ARUP on July 2. She and her husband, Carl Wittwer, MD, PhD, who also retired, are moving to Maine, where Wittwer, a molecular diagnostics pioneer, will continue his research in a fully equipped laboratory they are building in their new home. They don’t intend to remain in just one place, however. Although COVID-19-related travel restrictions have impeded her immediate plans, Kusukawa looks forward to returning to her first home, Japan, to spend time with her parents, who still live in Tokyo. While there, she hopes to travel the country, searching out pieces of traditional workmanship. These pieces will become part of the Japanese-themed guest bedroom Noriko is designing in her new home, complete with a Japanese soaking tub — known as an ofuro — to relax. By incorporating Japanese elements in her Maine home, Kusukawa will merge two pivotal periods of her life.

She also plans to explore parts of South America, including Chile and the Galapagos Islands. “It’s a part of the world that I don’t know much about,” she said.

It’s not surprising that the famed islands that inspired Charles Darwin’s initial work on evolution have captured the interest of a molecular biologist.

Kusukawa was the first person in her family to study science, graduating from Kyoto University with a master’s degree in molecular biology. Initially, she planned to pursue a career in scientific journalism, but her interviews with women throughout Japan convinced her to continue on her path in the sciences. She returned to Kyoto University, eventually becoming the first woman to receive a doctorate in its Department of Molecular Biology.

“Being the first woman PhD in the department added a level of stress,” she recalled. “I felt the need to outperform my male colleagues and prove my value.”

After graduation, Kusukawa began working for a biotech company in Japan. “It was my first foray into the business and industry side of the sciences,” she recalled, describing the job as a great learning experience at an impressionable time in her life.

However, facing gender inequality that left her virtually unpaid for her work, Kusukawa sought further career opportunities in the United States. She accepted a position in Maine with FMC, where she served as the technical director of research and development and quality services.

Just three months after her arrival, Kusukawa hosted a scientific advisory board meeting. One of the attendees was Wittwer, her future husband. “I didn’t know many people in the country yet; somebody suggested I invite Carl. It turned out to be a good decision for me.” She hadn’t planned to stay in the U.S. for long, but meeting Wittwer upended those plans.

Kusukawa married Wittwer and moved to Utah, where she joined ARUP in 2000 as associate vice president of new technology and licensing. Through the years, she has sought to ensure that ARUP remains on the leading edge of the industry.

One of her early projects at ARUP demonstrated her commitment to advancing diagnostics through educational resources. Kusukawa advocated for the need for an accessible, online resource that included mutation databases. These databases, which catalog known disease-causing gene variants and their clinical implications, provide a critical resource for scientists, researchers, and graduate students to continue research that may ultimately lead to improved diagnosis and treatment of genetic disorders. Working with the U of U Department of Pathology and its Information Technology Department, Kusukawa set up an educational website to host mutation databases and educational videos. Today, that website, arup.utah.edu, receives more than 1 million visitors per year.

“We fought very hard to make it free and accessible to the public,” Kusukawa said. “Part of ARUP’s mission is to share knowledge. We wanted to stay true to that mission by sharing best practices and new advances in testing.”

Throughout her career, Kusukawa has relied on her unfailing willingness to take risks.

Her colleagues marvel at her capacity to diverge from convention in order to seek out new solutions. “Is there an antonym for ‘group think,’?” asked Brian Jackson, MD, medical director of support services, IT, and business development. “If so, that’s the word you would use to describe Noriko.”

“We like to go rogue together,” added Andrew Fletcher, MD, medical director of Consultative Services, speaking of their conversations after long days at the office, during which they often found themselves brainstorming ideas, sometimes unconventional ones. That rogue spirit has often powered Kusukawa’s vision for innovation.

Occasionally, those daring ideas led to brilliant outcomes. Both Fletcher and Kusukawa describe one conversation in which they jokingly expressed their wish to offer pharmacogenetics testing to clients for free as a way to reduce barriers that prevent clients from starting a pharmacogenetics program, which ultimately saves costs for clients and improves treatment for patients. They ended up proposing an unusual solution: ARUP would offer pharmacogenetics testing to clients on an at-risk reimbursement model, meaning ARUP would pay up-front costs to initiate genetic testing of patients to determine whether prescribed drugs would effectively treat their conditions. Pharmacogenetics testing can help clients save money because they can stop prescribing drugs that don’t work. Once the program has proven successful, clients then reimburse ARUP for the up-front costs and continue the program.

“If there is someone who can take an unconventional idea and turn it into a success, it’s Noriko,” Fletcher said.

Kusukawa said her willingness to challenge convention has always been motivated by her determination to provide better solutions for patients. “My priority, first and foremost, is to focus on projects that are meaningful and will have a relatively large impact,” she said. “I believe that good science and good academic work, at least in pathology, should always lead to better testing that improves patient care.”

She said that for each project, she first determines its value to the patient. For this, she solicits the expertise and collaboration of medical director colleagues and listens to the opinions of clinicians. She then moves forward without hesitation. “Once we decide something is the right thing to do, we do it with a sense of urgency. I want to place a quality test service in the hands of providers as quickly as possible.”

Kusukawa will leave a lasting legacy.

“Noriko’s keen intellect and ability to analyze and dissect data to provide actionable information is unparalleled,” said ARUP CEO Sherrie Perkins, MD, PhD. “Her attention to detail without losing sight of the big picture has been essential to ARUP as it explores new ideas.”