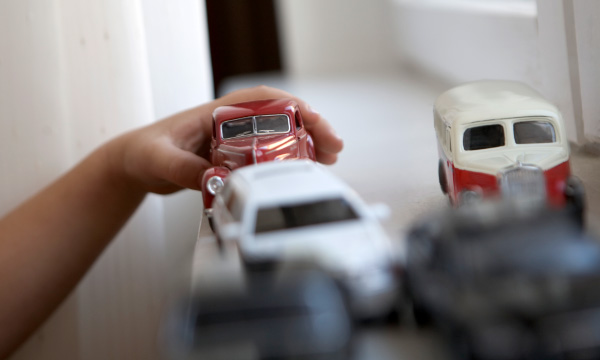 Lead poisoning has the highest rates among one- and two-year-olds, when kids are most likely to put their fingers in their mouths after crawling on floors with dust from lead paint.

It is silent, but sometimes present. When exposed, a child can be anemic or hyperactive, have a lower IQ or even hearing problems.

But those are pretty nonspecific symptoms. Physicians are more likely to test for lead exposure based on a person’s circumstances, notes Barbara Insley Crouch, executive director of Utah Poison Control Center, University of Utah Health.

Highly toxic to humans, lead is a blue-gray metal found in small amounts in the Earth’s crust. But because of human uses, it is found in other circumstances too—including in housing:

Children who live in buildings with pre-1979 lead-based paint in poor repair are in particular danger, and the Centers for Disease Control (CDC) has guidelines for testing them. At least 4 million households in the country have children being exposed to high levels of lead, says that agency. Half a million U.S. children between the ages of 1 and 5 have lead levels in their blood that exceed 5 micrograms per deciliter, the point at which the agency recommends public health officials take action. Lead poisoning has the highest rates among one- and two-year-olds, when kids are most likely to put their fingers in their mouths after crawling on floors with dust from lead paint.

When lead enters the body (usually as dust or in water), children’s stomachs and intestines absorb up to 50 percent of it, whereas those of adults absorb about 10 percent.

Other individuals who could be exposed include those:

While Flint, Michigan called attention to lead leached when an area’s water regulatory oversight was cut, serious contaminations have since occurred in water supplies in Ohio, Oregon, and elsewhere. We’re still working on moving away from water supply danger; as recently as 2014, an adjustment to the Safe Drinking Water Act reduced the maximum allowable lead content of pipes, pipe fittings, plumbing fittings, and fixtures to 0.25 percent. According to the EPA, at least 30 percent of our high-use water pipes in the U.S. are more than 40 years old.

One thing is clear: Humans, but especially children, are highly sensitive to any level of lead. At high levels of exposure, the metal attacks the brain and central nervous system, which can result in coma, convulsions and death. Children who live with severe lead poisoning may suffer mental retardation and behavioral disorders, according to the World Health Organization (WHO).

But risk-wise, why are children affected more quickly and seriously? When lead enters the body (usually as dust or in water), children’s stomachs and intestines absorb up to 50 percent of it, whereas those of adults absorb about 10 percent. Also, children who are deficient in iron, calcium, and certain other nutrients absorb lead more readily, according to several studies on the CDC website.

When tested, a person’s blood-lead level (BLL) is measured from a finger-prick or venous blood draw. In the testing at major laboratories such as ARUP, a method called quantitative inductively coupled plasma-mass spectrometry (ICP-MS) measures lead in blood in micrograms per deciliter. This technique is capable of detecting metals and several non-metals with high analytical sensitivity and specificity.

Read more about lead and other toxic elements at ARUP Consult's Trace and Toxic Elements, available free to the public online at arupconsult.com. It features information summarized from cited governmental and medical sources.  Kamisha Johnson-Davis, PhD, ARUP medical director of clinical toxicology, contributed her own expertise and reviewed the resource, which describes each element, its biologic function (if there is one), sources of exposure, signs and symptoms of either deficiency or excess, and recommended dietary intake, if applicable.

Too much mercury? Too little iron? New ARUP resource offers guidance on lab testing for element toxicity or deficiency