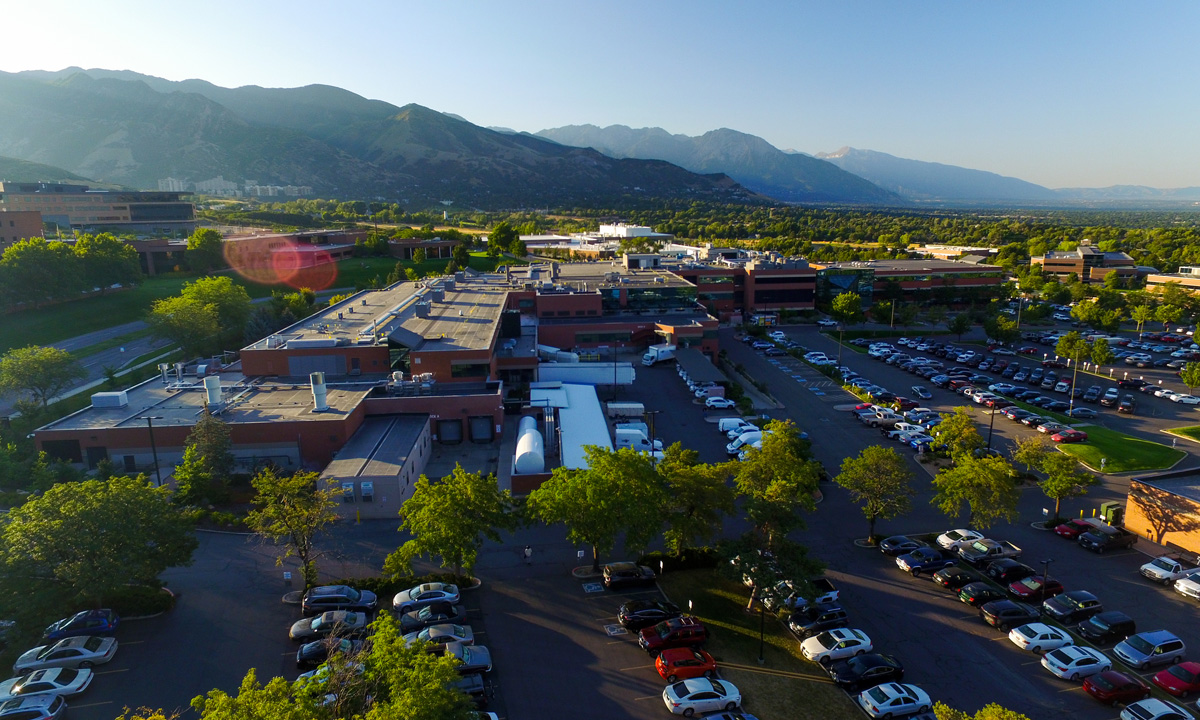 Set against the angular foothills of the Wasatch Front, most of ARUP’s office windows have views of tawny peaks. Given that and our location near hiking trails and a 100-acre botanical garden, it seems natural that we’d try to conserve and maintain environmental health as a company lifestyle. We also have a record of doing so—in 2008, we were Business Recycler of the Year, awarded by the Recycling Coalition of Utah.

And it explains why Jeff Harris’s job description has included recycling program management since he was hired in January 2011. As supervisor of the company’s Housekeeping and Security department, he notes that ARUP recycles 430 tons of material a year.

To learn more about recycling best practices, ARUP did its homework. The company sent Harris and several colleagues to the University of California Berkeley, University of Colorado, Colorado State University, University of Utah, and Brigham Young University. “In those visits, we observed that our recycling program is comprehensive. ARUP can be proud of the strides we have made,” Harris notes.

Here are a few more ways ARUP makes a difference:

The ARUP Bike Club hosts weekly bike rides for any employees and their family members, from our Research Park offices into Emigration Canyon on most Thursdays. Frequent meetings on bike-related topics take place in our largest conference auditorium, generally to a packed house. Bike lockers are located outside of our two main buildings.

In 2004, ARUP began converting our grounds to landscaping that required little or no irrigation, finishing in 2016—11.5 acres are xeriscaped at this point. In the years since switching from higher-maintenance landscaping, the company has decreased its water use for grounds by 25–50 percent. Hal Fordham, our landscaper, did the xeriscaping.

We have converted two large buildings to LED lighting. Also, in an ongoing construction and redesign project in two buildings, ARUP is including LED lighting in all areas of the new build. Using LED bulbs decreases our lighting electricity use by 75 percent. These lights last a year longer than conventional bulbs and are safer to recycle.

Annually, we recycle more than 48 tons of metal—the result of our construction and redesign projects in various buildings. Any metal that is torn out, we recycle.

We recycle over 10 tons of electronic waste each year. Every four years, when computers are replaced, a company picks up the old computers and pulls out working parts for reuse. What isn’t used directly is sold as scrap metal or used for other purposes. Refrigerators in the lab are also sold for recycling and reuse.

As a laboratory with many beakers and other glass containers, we recycle around 39 tons of brown and clear glass each year.

Our diagnostic-testing specimens are often shipped in Styrofoam support materials, and we needed a way to recycle this. So, we purchased a grinder—after the Styrofoam is ground, we compress it into blocks and sell it back to a company that reuses it. In the past, we also used a machine that heated the Styrofoam and melted it down for repurposing in car bumpers, planter-boxes, and even a high-octane fuel additive when the oil was extracted from the melted Styrofoam.

With our current system, we grind about 12 tons a year of Styrofoam. We sell it to a Salt Lake company that reuses it.

From blue garbage bags in various buildings at ARUP, we recycle 144 tons a year of commingled materials.

Specimens are shipped to us in boxes wrapped in heavy plastic. Since 2016, we have baled that plastic and recycle around 24 tons of it each year.

Because most of our specimens arrive in cardboard, we bale almost 1,000 pounds of it each day. That adds up to about 104 tons a year of recycled cardboard.