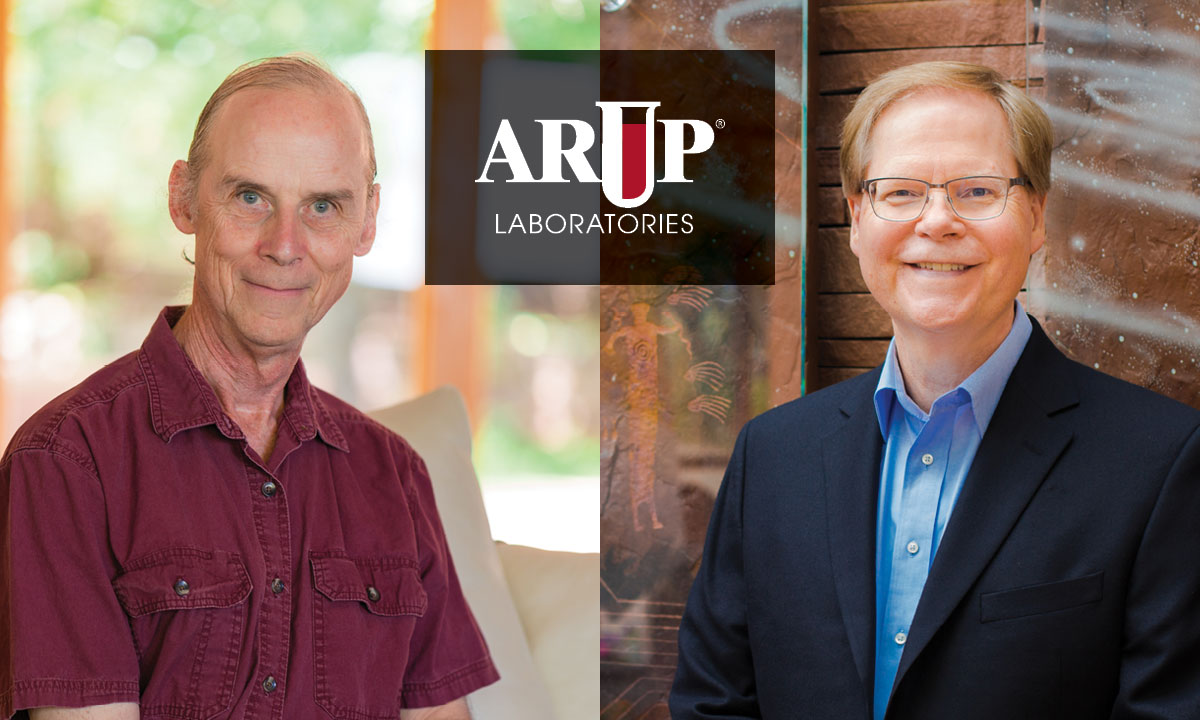 “These individuals are the best of ARUP,” said Peter Jensen, MD, chairman of the ARUP Board of Directors and of the U of U Department of Pathology. “Their contributions here and at the national and international level have been extraordinary.”

Wittwer, who came to ARUP and the U of U in 1988 as a pathology resident, established ARUP’s first molecular diagnostics lab. He is best known as the inventor of the LightCycler system, which simplified and sped up the process of amplifying and replicating DNA so that it can be analyzed to detect infectious diseases and genetic disorders, among many other applications. His invention led to the formation of the company that is now BioFire Diagnostics.

Wittwer holds dozens of U.S. patents and their foreign equivalents and has published more than 200 articles and book chapters about molecular diagnostics. He won the 2015 Utah Genius Lifetime Achievement Award, the 2015 Pioneers of Progress Award in Science and Technology Development, and the 2019 Cotlove Award from the Academy of Clinical Laboratory Physicians and Scientists, among countless other honors.

He will move with his wife Noriko Kusukawa, PhD, to Maine, where the couple is building a home with its own fully equipped molecular laboratory. Kusukawa, who has made her own significant contribution to ARUP as vice president of innovation and strategic investments, is also retiring. She is an expert in fostering innovation in academia and in commercializing academic discoveries. In her 20 years at ARUP, she created the ARUP Scientific Resource for Research and Education and has been key to many of ARUP’s strategic partnerships.

Voelkerding is a past president of the Association for Molecular Pathology (AMP), which in 2019 honored him with its Jeffrey A. Kant Leadership Award for his exceptional leadership and commitment to advancing AMP’s mission. He is chairman of the CAP Genomic Medicine Committee. CAP also has honored Voelkerding with its Distinguished Service Award.

“All of these individuals have brought something very special to ARUP,” said CEO Sherrie Perkins, MD, PhD. “Their impact will be felt for many years to come.”