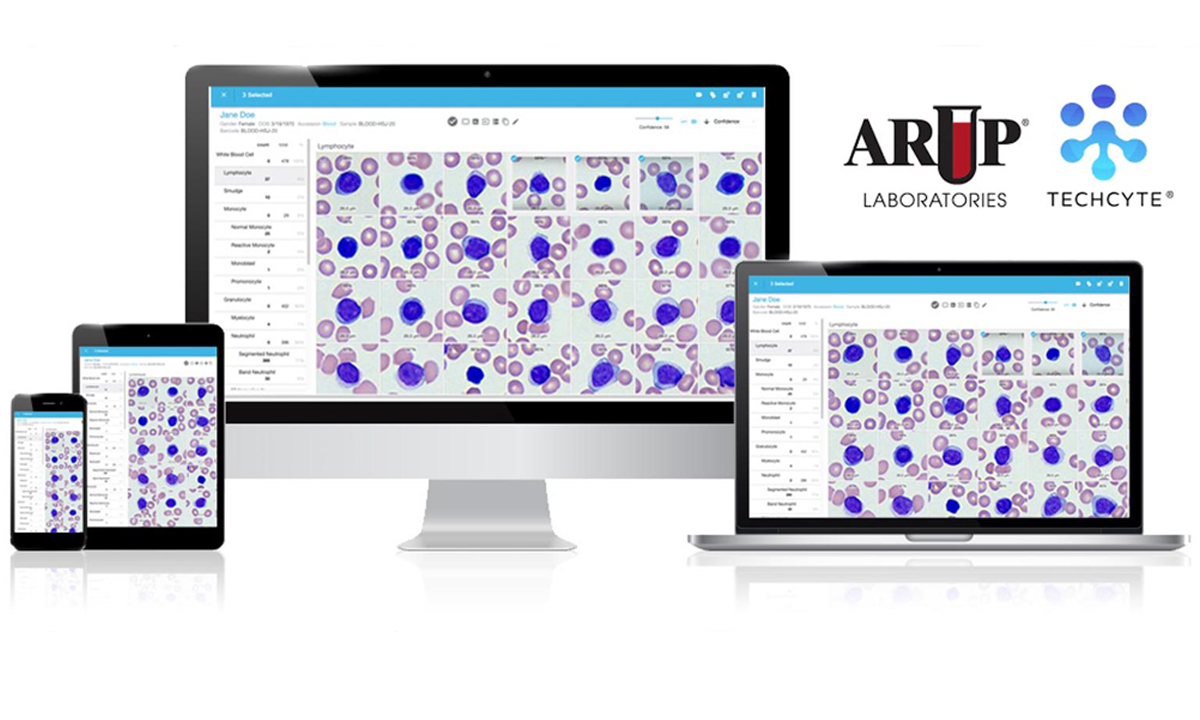 SALT LAKE CITY— ARUP Laboratories, a national reference laboratory and worldwide leader in innovative laboratory research and development, and Techcyte, a leading developer of artificial intelligence (AI)-based image analysis solutions for the diagnostics industry, published a study in the Journal of Clinical Microbiology on their groundbreaking AI-augmented ova and parasite detection tool.

“We could not be more excited to see our team’s hard work materialize into a peer-reviewed publication in the Journal of Clinical Microbiology. said Marc Roger Couturier, PhD, medical director of parasitology and infectious disease testing at ARUP.  “With 98.88% agreement with conventional microscopy and a 5-fold increase in the limit of detection over microscopy, this study shows the potential of AI-augmented tests to revolutionize diagnostic testing.”

The AI augmentation is used to detect ova and parasites in specimens through scanned images of slides. Currently at ARUP, it is primarily being used to screen out negative specimens. Specimens that the computer flags as positive are then evaluated and confirmed manually by a medical technologist.

The study includes a commentary by Daniel Rhoads, MD, from the Department of Pathology at University Hospitals Cleveland Medical Center. Rhoads compared computer vision technology, like Techcyte’s parasitology detection tool in today’s medical laboratory environment, to PCR in the year

2000. “Clinical microbiologists that train twenty years from now will recognize computer vision as an integrated and essential tool for many areas of the microbiology laboratory,” stated Rhoads.

“We couldn’t be happier with the collaboration with ARUP and the results of the study,” said Techcyte Product Manager John Walker, who oversaw the project. “It is extremely satisfying to see the technology make a difference in the lives of medical technologists and the patients they are helping.”

The ova and parasite tool is the first of almost a half dozen projects that ARUP and Techcyte are co-developing. ARUP’s vast medical expertise and access to samples combined with Techcyte’s technical ability and digital evaluation platform will produce high-quality algorithms that can be developed and applied to future laboratory needs.

Headquartered in Lindon, Utah, Techcyte, Inc. was founded in 2013 and is the world leader in AI-based cellular digital diagnostics. Techcyte's use of deep machine learning to perform automated analysis of whole slide microscopy images is revolutionizing digital diagnostics in research, pharmacology, environmental monitoring, and human and animal health.