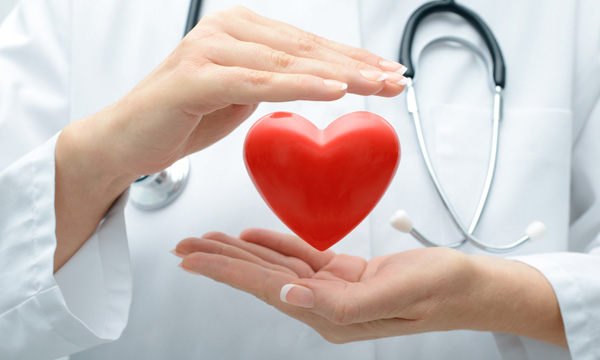 On a rainy Seattle afternoon, Louise Aronson, MD, MFA, proposed unleashing a revolution. She spoke to a conference room filled with hundreds of doctors at the 2016 Association for American Medical Colleges Conference.

“It is time for a radical transformation in medicine, for a real shift in how we think about problems,” said Aronson, a professor of geriatrics at UCSF who, among many other roles, directs the university’s Medical Humanities Program.

She emphasized that the focus in medicine needs to shift from a science-centered one to a care-centered one—a concept that has endured since the time of Hippocrates. And, she pointed out, the people most empowered to do this are physicians.

“There cannot be good medical care without science, but you can have medical science without care,” said Aronson. This is the paradigm that has arisen as science has driven technologies, which in turn have driven metrics, opening the door to the hyper measurement for efficiency among health institutions, while increasingly squeezing out the human-care element. This impacts the patients as well as the care providers.

She referenced philosopher (historian and physicist) Thomas Kuhn, who introduced “paradigm shift” and asserted that scientific progress is not gradually cumulative but occurs in fits and starts that punctuate longer steady phases of “normal science.” These paradigm shifts follow periods of turmoil and uncertainty; progress is made when we accept that the current paradigm is inadequate and reject it. Kuhn also asserted that at any given moment the notion of scientific truth cannot be established solely by objective criteria but is defined by a consensus of a scientific community.

In the current paradigm, “What if we’re beginning to do more harm than good?” questioned Aronson. “Are we part of the solution or part of the problem?”

Through her own stories as a patient and as a geriatric doctor, as well as case studies and data, she pointed out the inadequacies of a system that depresses care, bumps up burnout among providers, and perpetuates inequities; the system rewards the controlled efficiencies of science and steers away from the complexities of caring for people.

Medical school debt drives specialty choice, she said, recalling one first-year student who expressed that he wasn't worried about debt because he was choosing to go into the high-paying field of orthopedics. “If his decision hadn’t been driven by debt, maybe he would have looked around at what the world needed or continued on through medical school more open to other specialties,” said Aronson.

She mentioned the depersonalization of patients that evolves when physicians are burned out and the intensity on medical students and residents to focus on just the science—the diagnosis—usurping the impulse for compassion that was most likely with them when they entered medicine.

“If Martians landed here, they might think we prefer treatment to prevention and that patient benefit is not a prerequisite to care,” she said, noting that most RFPs for innovation were for science, not healthcare delivery. She fears the current paradigm detracts from the caring and believes that there are ways to prioritize and incentivize, and put measures in place that would help shift the focus to people and lives. “If science works for knowledge then the healthcare system should work for humans.”

She challenged the audience: “Rather than just moving chairs to the upper deck of the Titantic, let’s work on changing the boat’s course so it doesn’t sink.” Let’s be that “scientific community” referred to by Kuhn.

The audience responded to Aronson, some sharing their own frustrations and experiences in a Q & A at the end of Aronson’s talk, ranging from high patient quotas and impossible twelve-minute cap times on patient visits to medical students and residents forced to spend half their time on the computer instead of with the patient. One doctor talked of deciding to take a pay cut so he could hire an EMR scribe, which allowed him to focus solely on connecting with the patient.

A standing ovation suggested these doctors were onboard in turning this ship around.

“Let’s draw on our innate courage to standup as doctors and ask and demand what does it take to care . . . We are the ones who can do it,” was the rallying cry of one audience member. “The revolution is starting. Can we hear it? Can we?”