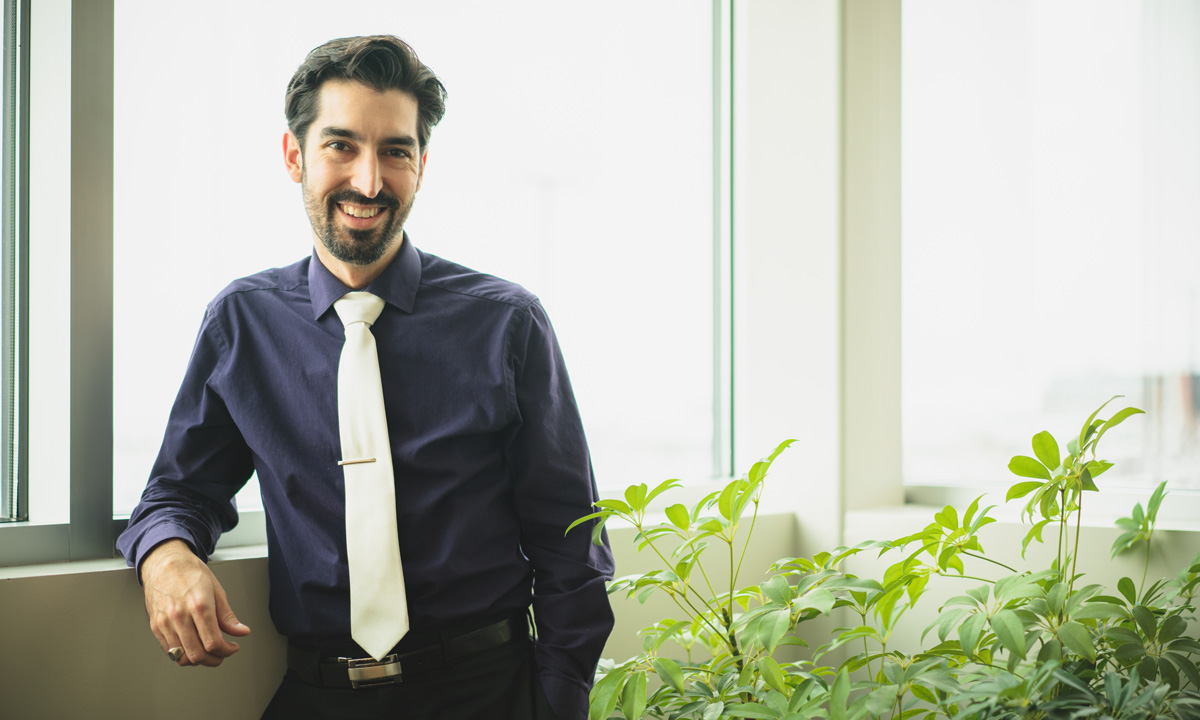 “I’m honored and sort of overwhelmed,” responded Marc Couturier, PhD, D(ABMM), after learning that the American Society for Microbiology (ASM) was awarding him the 2017 Diagnostics Young Investigator Award.

“I’ve seen the list of those who have received it previously, and these are some pretty big shoes to fill. The bar is set quite high for the work I have ahead of me,” adds Couturier, who is a medical director at ARUP Laboratories in Salt Lake City. He directs ARUP’s Parasitology/Fecal Testing, Infectious Disease & Rapid Testing, and Microbial Immunology laboratories and is an associate professor of pathology at the University of Utah.

“Dr. Couturier is well known for his clinical and translational studies…These are important contributions to the literature, as these areas are controversial; frequently inappropriate laboratory testing is used in the work-up of these infections.”


While Couturier is thinking about the work ahead of him, it is the work he has accomplished thus far that has earned him recognition from his peers. Colleagues nominate candidates. “He is well respected and has contributed greatly to field of diagnostic microbiology,” says Michael Loeffelholz, PhD, D(ABMM), director of the Clinical Microbiology Laboratory at the University of Texas Medical Branch. He notes the visibility of Couturier’s contributions through high-impact publications, presentations at national conferences, committee contributions, and relevant input in listserv forums.

“Dr. Couturier is well known for his clinical and translational studies,” adds Carey-Ann Burnham, PhD, D(ABMM), an associate professor of pathology and immunology at  Washington University, St. Louis School of Medicine. She refers to Couturier’s research on Campylobacter and Helicobacter, specifically a paper he authored on Campylobacter diagnosis with an antigen detection assay and a review article on the diagnosis of H. pylori infection. “These are important contributions to the literature, as these areas are controversial; frequently inappropriate laboratory testing is used in the work-up of these infections.” In addition to research contributions, Burnham emphasizes his education contributions to the field. She and Couturier are co-editors for Medical Microbiology Question of the Day, an educational resource with more than 5,000 worldwide subscribers.

According to ASM, the Diagnostics Young Investigator Award recognizes research excellence and potential to further the educational or research objectives of an outstanding young clinical scientist. Dr. Couturier will be presented with the award in June at the ASM Microbe 2017 conference in New Orleans.

“I think my work at a national reference laboratory involves a lot of educating, which may reach a broader audience than that of traditional researchers,” says Couturier, reflecting on what is unique about his contributions. “It’s work that is changing the way people think about new laboratory tests and how they view test utilization; it moves the analytical focus forward to discussing actual use of the test.”