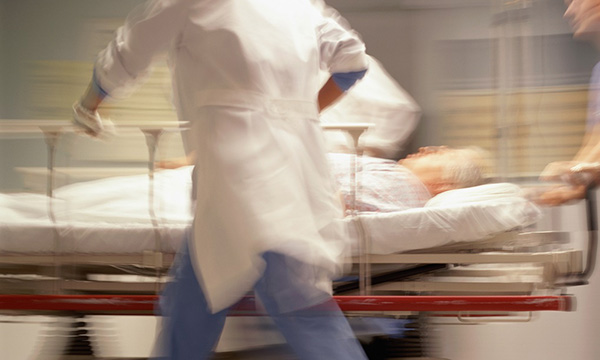 A number of studies reveal that 10–30 percent of laboratory tests performed in the United States are either unnecessary or inappropriate. A new report in JALM has guidelines for lab stewardship for test orders.

Many things can happen in a busy clinic or hospital. Sometimes certain panels—complete blood count (CBC) or chemistry, for instance—are run daily by physician request, when sufficient data might be collected from less-frequent testing. Occasionally the right test is not ordered at the right time. Test names may sound alike, resulting in a misorder: Vitamin D versus 1,25 dihydroxy Vitamin D, for example. In fact, a number of studies reveal that 10–30 percent of laboratory tests performed in the United States are either unnecessary or inappropriate.

“If we can develop test-ordering standards across the industry, we could give all patients improved care and cost savings,” says Robert Carpenter, a healthcare consultant at ARUP and a former administrative lab director at Children’s Hospital Colorado. He is 1 of 10 authors of a new report on proposed guidelines for wide-spread lab stewardship (or utilization management, UM) in the Journal of Applied Laboratory Medicine (JALM).

While certain hospitals and clinics practice lab stewardship, and some labs (including ARUP) offer consultative services, unifying hundreds of laboratories nationwide remains challenging. The report’s authors say it can be done—and they have laid out the guidelines: “We wanted to put the key features in place—based on existing examples of stewardship—so that an accrediting organization or government agency can adopt them,” says Andrew Fletcher, MD, medical director of Consultative Services at ARUP and another author of the report. “We anticipate that it will be accepted pretty widely, and we’ll just see who jumps on it first.”

“We anticipate that it will be accepted pretty widely, and we’ll just see who jumps on it first.”


Making the changes would be historic, too: “It’s in the healthcare system’s and patients’ best interests to take steps so that care management can be done by medical professionals rather than by insurance companies,” says Brian Jackson, MD, vice president, chief medical informatics officer, and medical director of Support Services at ARUP, the third of four ARUP authors of the report. Lab stewardship could follow the lead of those previous types of stewardship—including blood handling and antimicrobial/antibiotic handling, say the report authors, who are part of PLUGS (Patient-Centered Laboratory Utilization Guidance Services) National Committee for Laboratory Stewardship, based at Seattle Children’s Hospital. ARUP is one of three sponsors of the program.

Why would a diagnostic laboratory be invested in lab stewardship? After all, fewer orders of any particular test could decrease income for a laboratory. ARUP’s interest in eliminating unnecessary testing is nothing new. Beginning in the late 1990s, ARUP’s former CEO, Edward Ashwood, MD, made clear that promoting cost-effective testing was in ARUP’s business interest, notes Jackson. “We know that doing the right thing for our patients and clients pays off over the long term, in part because our clients want to do the right thing too. Good ethical alignment with our clients leads to stronger long-term relationships.” In fact, ARUP may have helped lead the industry, says Jackson. “The higher profile of UM today may be a result (in part) of ARUP’s promotion of this topic over the years.”

“The Five Most Unnecessary Tests Ordered and Why”