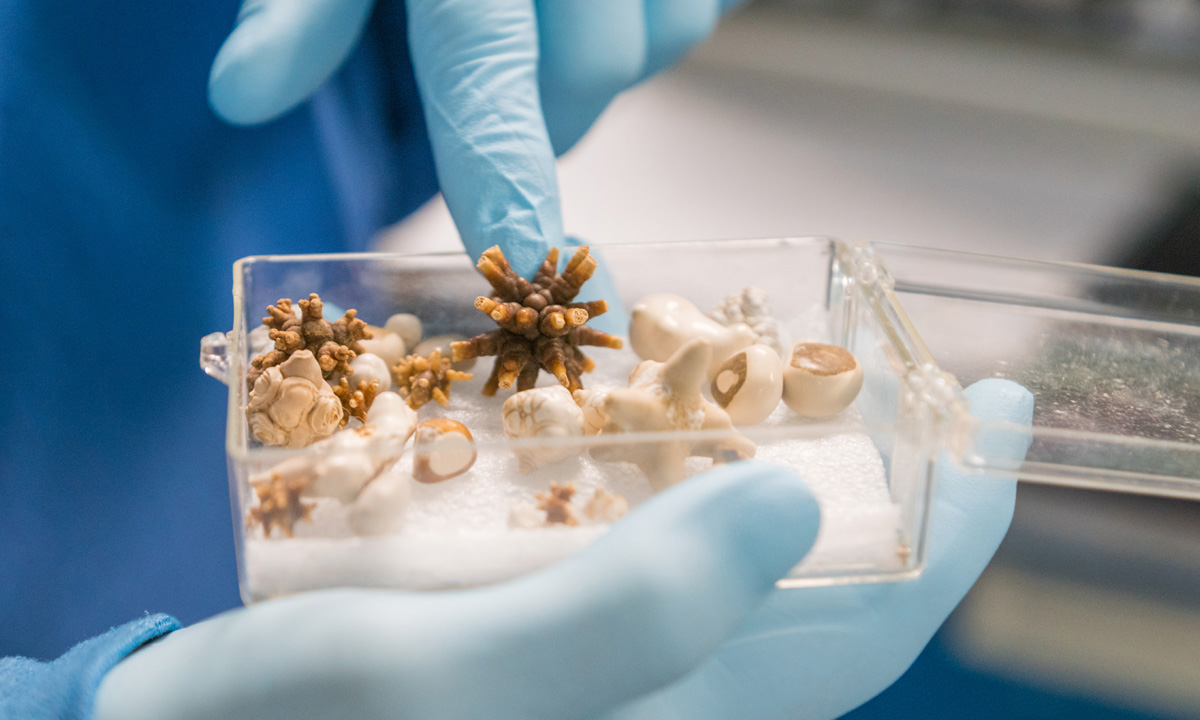 It woke me up in the middle of the night.

It left me gasping and sobbing. Screaming.

Someone was sticking a knife in me and slowly turning it.

Is this a nightmare, perhaps the aftermath of patronizing too many local haunted houses? (‘Tis the season.) Or descriptions of the pain involved in passing a kidney stone? “It’s like giving birth to a watermelon,” expressed one man, sheepishly admitting he had never passed an 8 lb. baby.

Most people will experience kidney stones at least once in their lifetime, and if preventative measures aren’t taken, at least half of those will have another episode within seven years.

Kidney stones form when certain chemicals become concentrated enough in the urine to form crystals. These crystals grow into larger masses (stones), which can make their way through the urinary tract. “It is when they grow larger, get stuck, and cause obstruction that they begin causing pain,” says Blake Hamilton, MD, a University of Utah urologist.

Stones develop when calcium combines with either oxalate or phosphorous; they can also form from uric acid, which forms as the body metabolizes protein.

Is This What Killed Popeye? 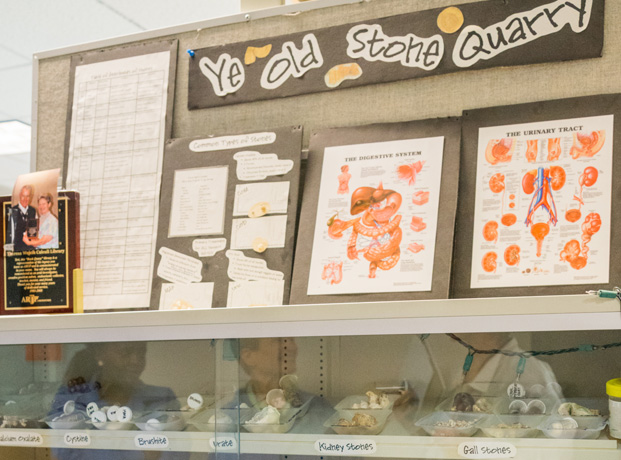 “There are a lot of myths about what causes or prevents kidney stones, but what is good for one person may have no benefit in another,” adds Hamilton. “If you want to make changes, you have to know what changes will be helpful, especially when it has become a reoccurring problem.” Typically, urologists will analyze the chemical levels in their patients’ urine to hone in on specific causes.

Stones can be caused by a variety of conditions, including dietary influences, dehydration, medications, infections, genetic conditions, and metabolic disorders (e.g., cystinuria and hyperoxaluria). “Some people just excrete more calcium into their urine, and it crystalizes,” adds Hamilton.

For those prone to stones, staying well hydrated—particularly in the summer when the formation of stones spikes—can decrease incidences. While caffeine, sodas, and alcohol all contribute to dehydration, there are conflicting studies on whether they really cause stones. But all agree water is best, though the citrate in some citrus beverages, like lemonade and orange juice, can help block stone formation. Drinking two and a half liters of fluid daily is recommended for those susceptible to stones.

Foods rich in oxalate, such as spinach, berries, nuts, quinoa, beets, black teas, and chocolate (the darker the more oxalate), can contribute to stone formation. Eating too much animal protein, such as red meat, poultry, eggs, and seafood, boosts the level of uric acid and could lead to kidney stones. A high-protein diet also reduces levels of citrate, the chemical in urine that helps prevent stones from forming.

For the past 25 years, those in ARUP’s Calculi and Manual Chemistry Lab have collected the most unusual of kidney, bladder, and gall bladder stones sent for analysis. In this collection, known as the “Stone Quarry,” some stones defy logic, and some glitter. Some weigh a pound. Others have stories buried within them, like the pearl or the rhinestones each entombed in a kidney stone. Another contains a bullet. 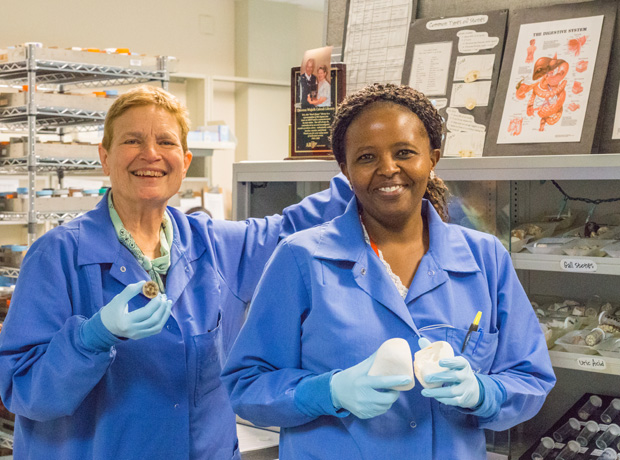 Teri Wojcik, a recently retired senior medical technologist and the collection’s unofficial muse, has educated and entertained people over the last 20 years about kidneys, calculi, and the hands-on process and technology involved in stone analysis. The resulting information helps physicians determine the cause and best treatments for the stones.

Wojcik pulls out a delicate transparent box, seemingly arranged with perfect, mini seashells: a snail, a spiny sea urchin, a spiraling conch—all from the body, not the sea. These are a mix of kidney and bladder stones, a few from dogs when ARUP had an animal reference pathology lab.

Another container harbors a bent suture needle, stitching threads, staples--all items found in stones and left in the body from some previous operation. “The body being the wonderful thing that it is coats those things with either protein or calcium phosphate to help them travel more smoothly as they journey through,” says an upbeat Wojcik.

There’s the “gravel in the urine” stones made of uric acid, often caused by gout; the “stag horns” and “coral” stones (kidney stones); and the “river rocks” (bladder stones), smoothed by the ebb and flow of “water” in the bladder.

Surgery to remove stones is a last resort; most people don’t require surgery. “It really depends on the size of the stone, the patient’s pain level, and if the obstruction could cause damage,” explains urologist Hamilton. “We usually give people a chance to pass them, which could range from two days to two months.” Even nightmares come to an end.