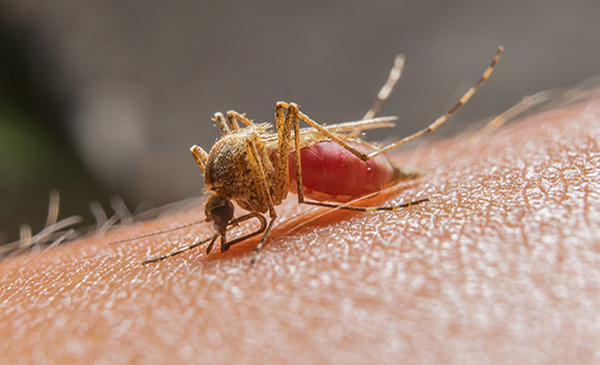 It’s hard to love mosquitoes, and perhaps just as hard to avoid their bites during the summer months. One of the viruses they carry causes the West Nile Virus in humans and it can be asymptomatic or fatal. Since the virus’ arrival in North America in 1999, it has produced three of the largest neuroinvasive disease outbreaks ever recorded in the United States.

It is sometimes mistaken for the summer flu—fever, chills, headache, body aches, swollen lymph nodes—but an accompanying rash may indicate a case of West Nile virus (WNV). Spiking in the summer months (July–September) when people and mosquitoes are outdoors, WNV is transmitted to humans through mosquito “bites.”

Only about one in five people who contract WNV will develop these flu-like symptoms. “It is when the virus enters the central nervous system that it becomes severe, which happens in about one in 150 people,” says  Marc Couturier, PhD, medical director of Microbial Immunology at ARUP Laboratories. 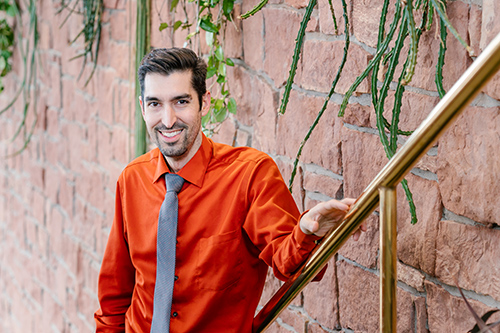 Microbiologist Dr. Couturier explains that doctors typically do not test for WNV unless symptoms become severe, in which case they send a specimen of the patient’s cerebrospinal fluid to a lab for analysis. Testing for the virus in the blood is not as effective.

Since WNV’s arrival in North America in 1999, it has produced three of the largest neuroinvasive disease outbreaks ever recorded in the United States. Those diseases include encephalitis, meningitis and acute flaccid paralysis, which can be fatal. “While those who are immunocompromised are most at risk, really anybody exposed to mosquitoes can contract WNV,” says Couturier. Most people recover quickly, but about 1 percent of those infected develop severe neurological illnesses that can result in death.

Doctors typically do not test for WNV unless symptoms become severe, in which case they send a specimen of the patient’s cerebrospinal fluid (CSF), the clear fluid that surrounds and protects the brain and spinal cord, to a lab for analysis.

Testing a patient’s blood is not as effective as testing CSF because antibodies that fight the virus can stick around for up to a year in your body. For example, if you contracted WNV last summer and were asymptomatic, antibodies still could be detected this summer. “You just don’t get a clear picture because of those antibodies,” says Couturier, who is also an associate professor of pathology at the University of Utah School of Medicine. “In the spinal fluid, detection of antibody is much more predictive of a very recent or active infection.”

Two spinal-fluid tests are available for the virus: One detects antibodies, the Immunoglobulin M (IgM) antibody; the other uses polymerase chain reaction (PCR) testing to confirm antibodies. For the PCR test to be accurate, it must be performed in the first few days of contracting the virus, and most people have no symptoms in those first few days, which limits the test’s utility in detecting the virus.

Those pesky mosquitoes have honed their skills for more than 30 million years. While retracting blood, they’re also injecting saliva that has an anesthetic or numbing effect so you feel nothing for a few minutes—enough time for her to get a good meal. This saliva also contains proteins (anticoagulants) that prevent blood from clotting.

“Unfortunately, there is no long-lasting immunity to West Nile virus,” says Couturier. “So you can get it over and over again.”

Learn more about viruses spread by the bites of arthropods (insects, spiders, even crustaceans) today on ARUP Consult, and see our test offerings here.