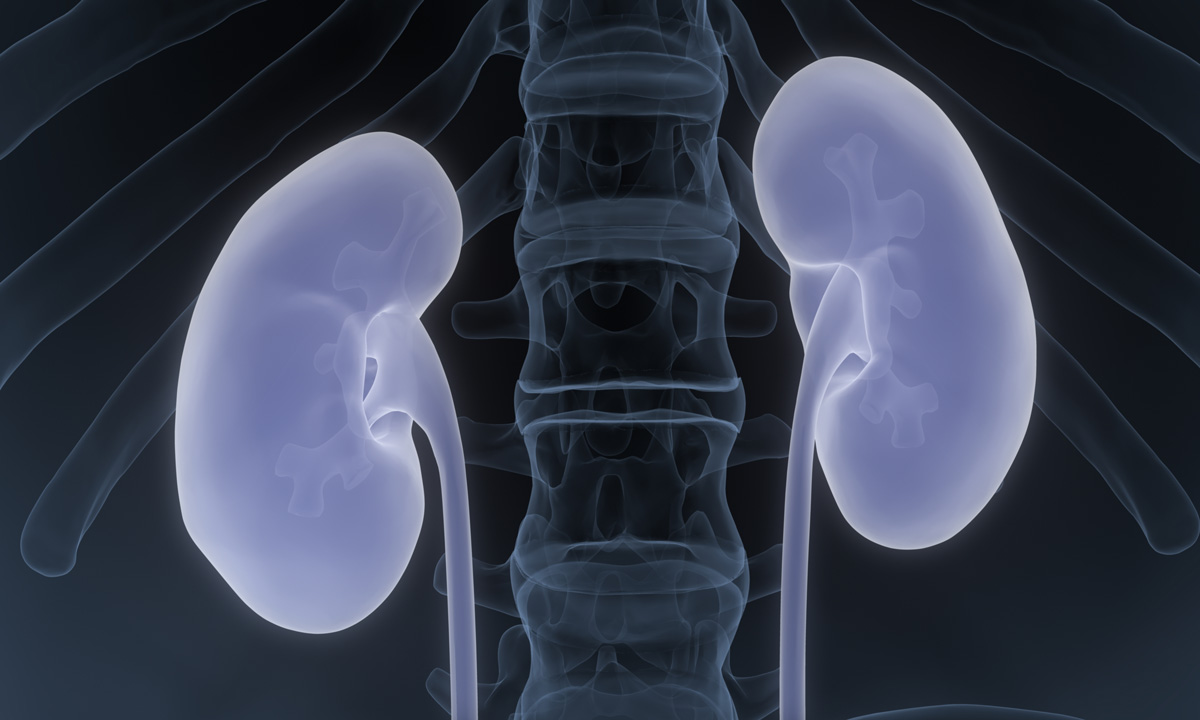 Kidneys perform critical functions within the body, and kidney impairment can lead to severe health consequences. ARUP’s adoption of a new equation to assess kidney function will enable better recognition and diagnosis of kidney disease in populations adversely affected by use of a previous equation.

ARUP Laboratories has implemented a new equation for estimated glomerular filtration rate (eGFR), referred to as the 2021 Chronic Kidney Disease Epidemiology Collaboration (CKD-EPI) creatinine equation, to assess kidney function based on creatinine levels found in patient serum. The new equation eliminates a race coefficient from the previous iteration and addresses a healthcare disparity that may have affected the diagnosis and treatment of kidney disease in individuals who self-identified as Black. This change follows recommendations made by the National Kidney Foundation (NFK) and American Society of Nephrology (ASN) Task Force to reassess the inclusion of race in diagnosing kidney diseases.

“This is just one piece of an important effort to eliminate racial inequality in the healthcare environment, and one in which laboratory medicine is leading the way. It sets an important precedent that, as laboratorians, we are committed to healthcare equity for our patients,” said Lauren Pearson, DO, MPH, codirector of the University of Utah Hospital Clinical Laboratories.

Creatinine, a metabolic waste product that is produced in the blood and then filtered by the kidneys, is an important marker of kidney function. If the kidneys aren’t functioning properly, creatinine accumulates in the blood. Higher levels of creatinine therefore correlate with decreased kidney function. In addition to creatinine levels, the 2021 CKD-EPI equation takes into account several other factors, such as age and sex.

The previous standard equation, referred to as the 2009 CKD-EPI creatinine equation to calculate eGFR, included a race coefficient that was applied when determining the eGFR for individuals who self-identified as Black. It has been found that this coefficient may have superficially inflated the eGFR, which made the kidney function of those whose test results were calculated with the race coefficient appear to be better than it actually was.

“Historically, Black Americans and people of color have been at greater risk for chronic kidney disease for multiple reasons and have had their diagnoses go unrecognized for longer periods of time. They have also been disproportionately underrepresented on transplant lists,” Pearson said.

By adopting the new equation, ARUP and the University of Utah Hospital Division Laboratories have taken an important step toward better recognition and diagnosis of chronic kidney disease in populations that have been adversely affected by the previous equation. Improved diagnosis will initiate earlier treatment. For patients in the end stages of kidney disease, use of the equation may even accelerate their eligibility for a kidney transplant.

“Reducing healthcare inequity is an issue at the forefront for members of the laboratory medicine community. This is a great opportunity for laboratories to be leaders and champions for good in the world,” said Joseph Rudolf, MD, medical director of ARUP’s Automated Core Lab, who has played a key role in implementing this change at ARUP.

As a member of the task force and a participant in the development of the new recommendations, Joely Straseski, PhD, MS, MT(ASCP), DABCC, section chief of Chemistry and medical director of Endocrinology at ARUP, emphasized that the new equation is founded on data and not social constructs.

“It was important that the recommendations were based on the principles of science and statistical best practices to ensure optimal outcomes for patients in all demographic groups,” Straseski said. “Our review of the published data did support use of the race-free eGFR calculation.”

The task force, which comprises experts from some of the nation’s largest laboratories, was initially established to address gaps in diagnosing chronic kidney disease by standardizing testing across laboratories. This led to new recommendations for a standardized kidney profile in 2018. However, task force members were prompted by the increased scrutiny of healthcare inequality to further address laboratory practices such as the use of the race coefficient in the eGFR equation.

“The National Kidney Foundation and American Society of Nephrology recognized the importance of bringing together key laboratory stakeholders to not only guide recommendations but also to lead adoption efforts,” Straseski said. “The laboratory is just as responsible for and involved in inclusivity as our clinical care partners.”

Vrajesh Pandya, PhD, led the effort to adopt the new equation at ARUP and marshalled the cross-disciplinary resources required to realize a project of this scale.

“This was a multifaceted effort that spanned everything from coding the equation into our IT systems so that test results would be calculated correctly to education on using and interpreting this information in clinical settings,” Pandya said. “But while the changes may be technical, the benefit to the community is tangible.”

Pandya, who recently completed a fellowship in clinical chemistry at ARUP and is now a medical director of the University of Utah Hospital Clinical Laboratory, was uniquely positioned to facilitate the adoption of the new equation in both the clinical and reference lab environments. Pandya worked closely with stakeholders across both facilities to define the scope of the project, ensure there were standardized methods for creatinine measurement in place, program the equations and validate that the system produced the correct result, and provide education to multiple audiences on how to use and interpret the new eGFR equation result.

“With such an interdisciplinary team required to implement a change like this, it’s really instrumental to communicate the societal implications, that we are moving in the direction of increased equity, and then mobilize around that concept,” Rudolf said. “This allowed us to tackle the challenge as a team.”

The recommendations made by the task force also include practical suggestions for adopting the new equations, such as having a comprehensive communication plan, collaborating with information technology groups to program the equation, and standardizing reporting systems.

“This was truly a multidisciplinary effort. We collaborated early on with our pharmacy and nephrology department clinicians to initiate the change, and we brought together a committed group to follow the work of the National Kidney Foundation and American Society for Nephrology and their recommendations,” Pearson said. “It’s a shining example of breaking down silos and bringing different stakeholders together to effect change.”

The implementation of the new eGFR equation is one of several changes recommended by the task force. ARUP plans to move forward with additional recommendations, including updating the eGFR equation that is used in conjunction with measurement of cystatin C, another important marker of kidney function, as part of ARUP’s ongoing commitment to improve equity in laboratory medicine.