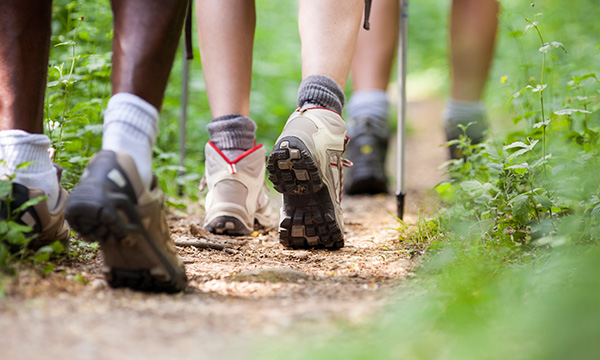 Days after Karen Jacobsen returned from a trip to Massachusetts, a rash of swirly red bumps appeared on her torso. She also came down with what seemed like the stomach flu. For the rash, Jacobsen went to a dermatologist who suspected a fungal infection for which she tested negative. A month later, pain began emanating from her spine. This was 1985 and it was the beginning of a diagnostic odyssey that would ultimately lead to a diagnosis of Lyme disease. While back East, a tick had bitten Jacobsen under her right arm. “It was a tiny little red spot,” says Jacobsen. “I would never have noticed it there.”

While most ticks don't carry diseases and most tick bites don't cause serious health problems, taking measures to avoid tick encounters and being aware of your body’s reaction to a tick bite should be taken seriously.

Five years after the tick bite, Jacobsen was still searching for an answer. She spent weekends researching her symptoms …Then a friend passed on an article about Lyme disease published in Reader’s Digest: ‘It sounded just like me.’

These eight-legged arachnids can transmit some 15 known types of diseases, some more serious than others. Some of the diseases are specific to the type of tick; more than 90 tick species are known in the U.S., 80 of them are categorized as “hard ticks.” The disease pathogen is transmitted to the animal or human when they bite the skin for a blood meal.

Lyme disease is one of the most reported tickborne diseases. Others may include Rocky Mountain spotted fever (RMSF), Colorado tick fever, tularemia, ehrlichiosis, relapsing fever, and babesiosis, among others. These diseases do not spread from person to person.

“There are multiple tests available for many of these infections depending on the stage of the illness. We can detect seven of the infections with tests performed at ARUP; for many of these infections, we have multiple tests available to detect different stages of the infection as appropriate,” explains microbiologist Marc Couturier, PhD, D(ABMM), who oversees three labs at ARUP: Microbial Immunology, Parasitology and Fecal Testing, and the Infectious Disease Rapid Testing lab. Many tickborne diseases can be detected by commercial laboratories or public health departments using a blood sample from the patient.

Early diagnosis is important because antibiotics are most effective at this stage. Early signs and symptoms of these illnesses are nonspecific or mimic other illnesses, which can make diagnosis challenging. Early symptoms generally show up within the first 21 days and may include fevers, chills, aches and pains, fatigue, vomiting, and distinctive looking rashes (varying based on the disease). For example, RMSF most often (but not always) involves small, flat, pink, non-itchy spots usually on the wrists, forearms, and ankles and spreads to include the trunk and sometimes the palms and soles. A rash associated with Lyme disease may resemble a bull’s eye.

If infections go untreated, they can spread to the joints, heart, and nervous system and sometimes be fatal. For example, Lyme arthritis is one of the late manifestations of Lyme disease. This is why it is crucial to identify these infections early on.

It is possible to be infected by more than one tickborne disease as a tick may be carrying multiple pathogens (in the form of bacteria, protozoa, or viruses). “We will sometimes see dual infections and very rarely three,” says Couturier. Sometimes along with the patient specimen, the guilty tick may also be sent to labs for testing. “Identifying the tick can help indicate certain infections a patient could be at risk for. For example, American dog ticks do not carry Lyme disease, so this infection could likely be ruled out,” says Couturier. “However, being bit by a tick that is infected with a specific pathogen still does not necessarily mean a patient will be infected.”

As expected, there is an uptick in testing for these types of diseases in the summer months (April to September) when people are more likely to be outside and ticks are more active. Different species of ticks live in different geographic areas of the country and transmit different diseases. More than half of the 15 tickborne diseases listed by the CDC are caused by blacklegged tick species. Ticks also live in other countries, so those who travel outside the United States should be aware of possible tick bite exposure.


Early signs and symptoms are often misdiagnosed at the patient’s first visit for medical care, even in areas where the tick population is prevalent. Even if a tick’s bite is not visible, a tickborne disease should still be considered. According to the CDC, a history of a tick bite within 14 days of feeling ill is reported in only 55 to 60 percent of RMSF cases and in 68 percent of ehrlichiosis cases. To increase the likelihood of an early, accurate diagnosis, healthcare providers need to be familiar with risk factors and symptoms.

Four years after the tick bite, Jacobsen was still searching for an answer. She spent weekends researching her symptoms at the Spencer S. Eccles Medical Library at the University of Utah. Then a friend passed on an article about Lyme disease published in Reader’s Digest: “It sounded just like me,” recalls Jacobsen. She headed to her doctor and insisted on being tested; he was skeptical. Days later, the surprised physician called her with the results, confirming that she indeed had Lyme disease. “I was just glad to have an answer at that point,” says Jacobsen.

By this time irreversible symptoms had settled in, including neurological challenges, heart issues, and arthritic pain. “I’ve always been a happy person except for my anger with this disease,” says Jacobsen, whose work and social life had to slow to a trickle. She spends much of her day reading newspapers and articles on the internet and immersing herself in mystery and romance novels. “Now,” she says, “I’ll only read books with happy endings.”