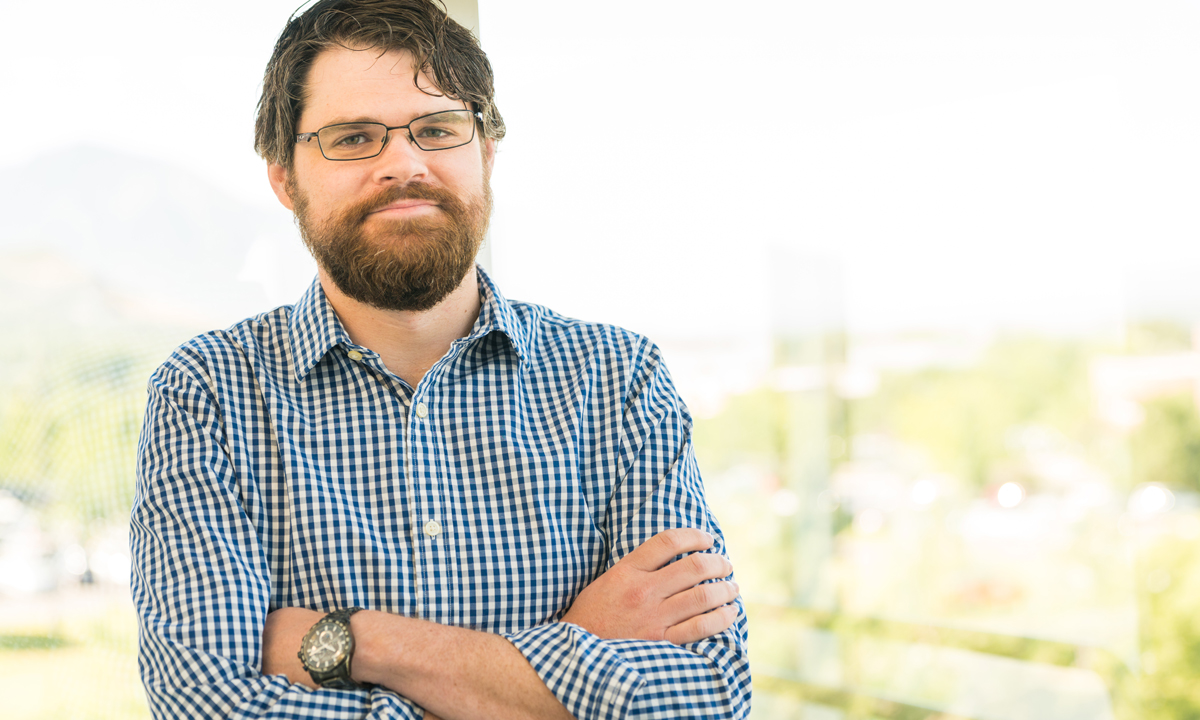 If you are the patient, the difference between a blood sample and a lung tissue sample is significant; the latter is invasive and can present risks. Until recently, this was not a choice for patients suspected of having a rare form of pulmonary hypertension.

Now a simple blood sample can provide diagnostic information and allow for earlier intervention and ultimately more targeted, life-saving treatment. Pulmonary hypertension occurs when the pressure in the blood vessels leading from the heart to the lungs is too high.

A collaboration between Intermountain Medical Center and ARUP Laboratories led to the discovery of a new genetic cause of pulmonary hypertension in 2013 and, more recently, the development of a new genetic test for identifying these mutations.

“If you look at the fact that someone has pulmonary hypertension and then go through the testing to determine if they have these rarer forms caused by genetic mutations, the treatment will change based on each disorder.”

“Traditionally, patients who have this condition [PCH/PVOD] have to undergo a lung biopsy to confirm the diagnosis,” says ARUP’s molecular genetics scientist Hunter Best, PhD, who collaborated with pulmonologist Greg Elliott, MD, at Intermountain Medical Center.

“Now, we can simply take a blood sample and confirm the diagnosis through genetic testing. If you have causative mutations in that gene, the patient will no longer need a biopsy, which can be risky and invasive,” adds Best, medical director of ARUP’s Molecular Genetics Lab and an expert on next-generation sequencing (a method used for analyzing DNA).

Not everyone who has EIF2AK4 gene mutations will present with identical disease manifestations, but mutations running in a family are a good predictor of developing symptoms of the disease, which has a high mortality rate. About half of all patients diagnosed with this condition die within two years. "This discovery will eventually lead to improved care, and believe it or not, lower costs for patients," says Elliott. "The biggest savings will come from accurate diagnoses, which will reduce the use of ineffective and potentially harmful interventions."

What Led to the Gene Discovery?

When Elliott was caring for two brothers, both diagnosed with PCH, he suspected a genetic cause and reached out to Best to set up a gene discovery study. By analyzing the DNA of the brothers, additional siblings, and the parents, they were able to identify not one but two causative mutations in the EIF2AK4 gene. Family members who carried only one mutation were unaffected by the disease; those carrying two mutations—passed down from each parent—had the disease. The study also included DNA analysis from other families.

Often a patient is diagnosed with pulmonary arterial hypertension (PAH), but the rarer form of disease (i.e. PCH/PVOD) is not confirmed until an autopsy is conducted. Yet the treatment for PAH is often not effective in treating PCH or PVOD. Symptoms associated with these are the same as regular pulmonary hypertension, including both heritable and idiopathic types, which are relatively common.

“I think the disease [PCH and PVOD] is under-studied and under-diagnosed,” says Best.

Doctors often treat patients for pulmonary hypertension, but when they actually have the rarer disease, the conventional treatment methods result in poor outcomes.

"The new testing methodology is a model of how genomic testing can and will ultimately provide better outcomes for many disorders, decrease the cost of healthcare delivery, and lower risks to patients," says Elliott. “It involves a rare disease, but this theme will be repeated again and again in so many ways."