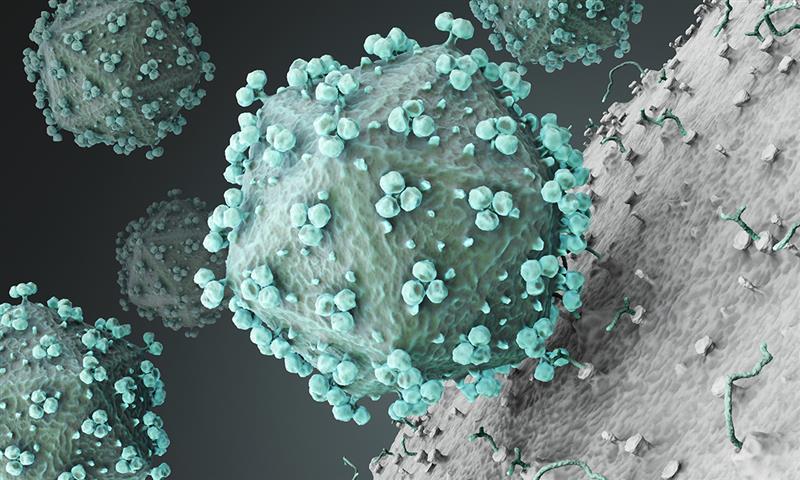 During the past 30 years, breakthroughs in the treatment and clinical management of HIV have vastly improved, prolonging the lives of patients and in some cases, reversing immune system damage. Advancements in technology, including next generation sequencing (NGS), have also brought about significant changes in diagnostic and disease maintenance testing.

In 2021, scientists from ARUP’s Institute for Clinical and Experimental Pathology® (Research and Development) developed and introduced a highly sensitive antiretroviral resistance drug assay using NGS for HIV type 1 (HIV-1), the most common form of HIV, which can lead to AIDS.

The article, “HIV-1 Drug Resistance Assay Using Ion Torrent Next Generation Sequencing and On-Instrument End-to-End Analysis Software,” which details the development of ARUP’s assay, was published in the Journal of Clinical Microbiology on June 14, 2022.

What was ARUP’s goal in developing the HIV-1 drug resistance assay using NGS?

Pyne: HIV-1 antiretroviral drug resistance testing has guided patient therapy for over 20 years, and a number of commercial and laboratory tests have been developed to screen for different regions of HIV. The most common assay, ViroSeq, which ARUP had used on the Sanger sequencing platform, was set to be discontinued in 2021, so we decided to develop our own test using NGS technology and automated analysis. The goal was to produce an assay with faster and more precise results.

Are there advantages to NGS that allowed ARUP to overcome past testing challenges?

Pyne: Absolutely. Sanger sequencing has a limited ability to detect variants that are present in a small proportion of a patient’s HIV population. Historically, it’s typical that variants below 20% are difficult to detect reliably. But there’s also increasing evidence that low-frequency variants play a significant role in antiretroviral drug resistance. NGS platforms enable the detection of minor variants as low as 1%. That’s a huge leap forward for patients because it results in earlier detection and treatment, and it also changes treatment plans to avoid the use of ineffective drugs. Additionally, NGS result analysis is highly automated, which reduces the time needed for technical review.

What kinds of challenges/considerations did the team face during the development of the assay?

Pyne: HIV-1 is an exceptionally variable virus with a highly mutated genome, and HIV-1 samples contain a wide range of virus concentrations. The predominant group M subtypes of HIV-1, which was the focus of our assay, are also known to be highly virulent or resistant to different medications. Our aim was to develop a test that was robust enough to handle each of those issues with a single set of conditions.

Each aspect of a robust NGS assay requires careful and specific decision-making to ensure the best conditions for sequencing. That includes primer site selection, optimization of thermocycling conditions, and reagent concentration, all of which require extensive testing and retesting. We also tested a diverse set of samples to ensure the robustness of the assay's chemistry and bioinformatics process so the test would be highly efficient and scalable.

Can you talk a little more about the specifics of the assay design and the selected platforms?

Pyne: The assay was developed in collaboration with a team at Thermo Fisher Scientific, and the assay uses its Ampliseq multiplex polymerase chain reaction (PCR) method and Ion Torrent sequencing platform. The choices were based on technical capabilities, cost, ease of use, flexibility, and speed. Primer sites were selected in conserved regions and accommodated the most common single nucleotide polymorphisms, which allows for the amplification of all group M subtypes.

The HIV genes involved in drug resistance—integrase, protease, and reverse transcriptase—are amplified in two overlapping Ampliseq pools, a redundancy that ensures amplification of the specific targets. The resulting libraries, with barcoding specific to each patient included in a sequencing run, are pooled. Thermo Fisher’s Ion Chef instrument then automatically performs template preparation and chip loading. The amplified sequence is then loaded onto the Ion S5 XL System for gene sequencing.

Another feature of the Ion Torrent system is its ability to perform custom analysis using plug-ins that run on the existing sequencing hardware. Data analysis occurs automatically after sequencing is complete.

What was the outcome and how was the assay validated?

Pyne: We validated the assay with 160 samples of diverse subtypes and viral loads. We reliably sequenced variants of 10% frequency or greater, and the assay has a sensitivity of 98.2% and specificity of 99.5% when compared to Sanger sequencing.

Why is ARUP’s assay a better option for patients?

Pyne: ARUP’s assay can successfully sequence samples with lower viral loads, and even in circumstances where a partial sequence is completed, the report will include all available interpretations. It also sequences the three main drug resistance genes in a single test. In the past, two tests were needed to complete the same sequence. Our test also empowers clinicians and patients by providing them with the most up-to-date information as they consider treatment options because the test can be easily updated to reflect the latest drugs and resistance scoring rules in the Stanford algorithm.