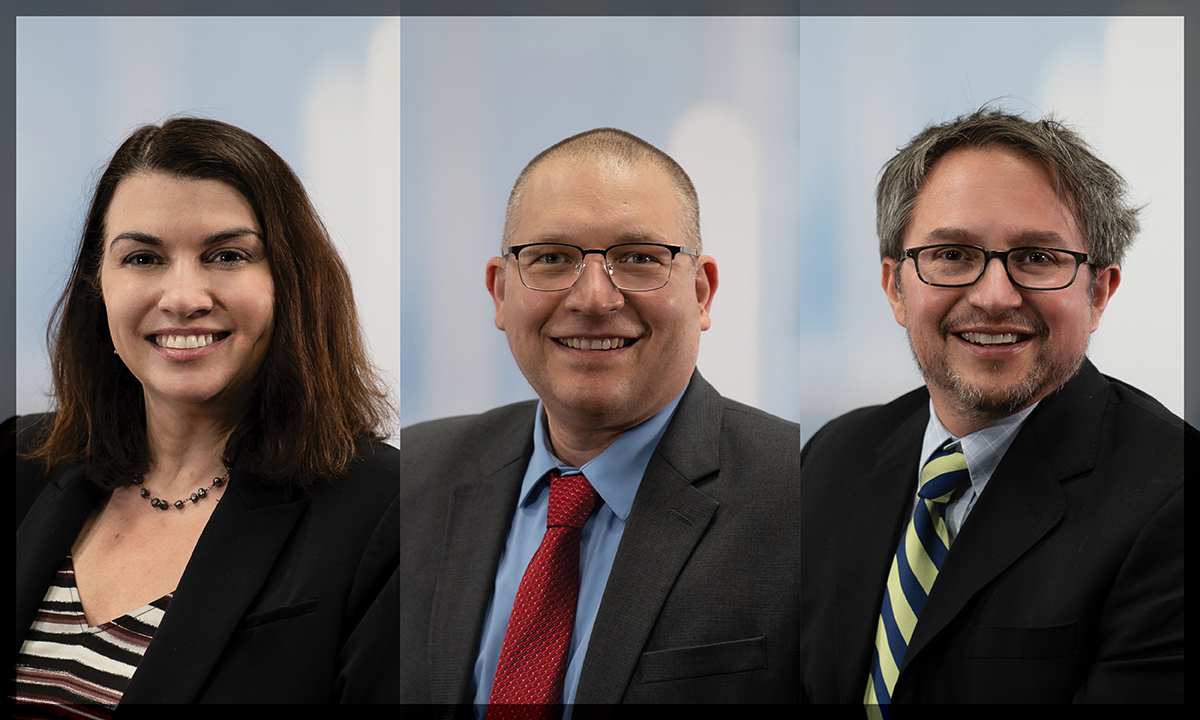 Genzen, who is currently COO, will replace ARUP President Tracy George, MD, in the CMO role, and Barker, currently chief scientific officer (CSO), will replace Genzen as COO. George retained the CMO role she had held since September 2020 after she became president in July 2021 to provide consistent leadership for ARUP medical directors through the COVID-19 pandemic.

Theurer said Genzen’s stellar academic and professional achievements make him exceptionally qualified to be ARUP’s CMO. “Plus, he will bring unique insight and understanding that he has gained as COO to his new position,” Theurer said. “Adam, in turn, through his extensive research experience, will bring a thorough understanding of instrumentation and test development that will lead to fast and efficient onboarding of new technologies and important new tests for our clients and their patients.”

George added that Genzen’s appointment as CMO will enable her to focus more time and attention on innovation to further expand ARUP’s operations as one of the nation’s largest reference laboratories. She will assume the CSO role while continuing to serve as president and will directly oversee the New Technologies Group and the ARUP Institute for Clinical and Experimental Pathology® (Research and Development). George, who in addition to her roles at ARUP is a professor in the University of Utah (U) School of Medicine, will also oversee ARUP’s PharmaDx and Clinical Trials Division and the company’s strategic investments.

“These exciting changes reflect a strategic alignment of responsibilities for our medical executives to further support our client focus and ensure ARUP’s growth and success,” she said.

Genzen has been with ARUP since 2013. Before becoming COO, he served as section chief of Chemistry, and he remains a co-medical director for the Automated Core Laboratory and medical director of Laboratory Automation. An expert in laboratory process improvement, Genzen has been instrumental in the design and operationalization of ARUP’s new, highly automated, 220,000-square-foot laboratory facility in the U Research Park.

Also an associate professor in the U School of Medicine, Genzen said he looks forward to his new role as CMO, in which he will lead nearly 100 medical directors overseeing nearly 70 labs and serve as the primary liaison between the medical and business/administrative functions of ARUP.

“The expertise of our medical directors is such an incredible strength of ARUP, and I look forward to helping expand our impact to client laboratories and patients,” he said.

Barker, who as COO will be responsible for operations and quality standards of all laboratories and support services, is also a U School of Medicine associate professor. He joined ARUP in 2010 as a fellow in Microbiology and went on to act as medical director of the Acid-Fast Bacilli/Mycology Laboratory, the Reagent Laboratory, and Research and Development Special Operations. Before being named CSO, he was head of Research and Development, a position he had held since 2017.

“The COO role represents an exciting new challenge,” Barker said. “I look forward to applying what I’ve learned to further streamline our processes so that we can exceed our clients’ current expectations and respond quickly to meet their future needs.”