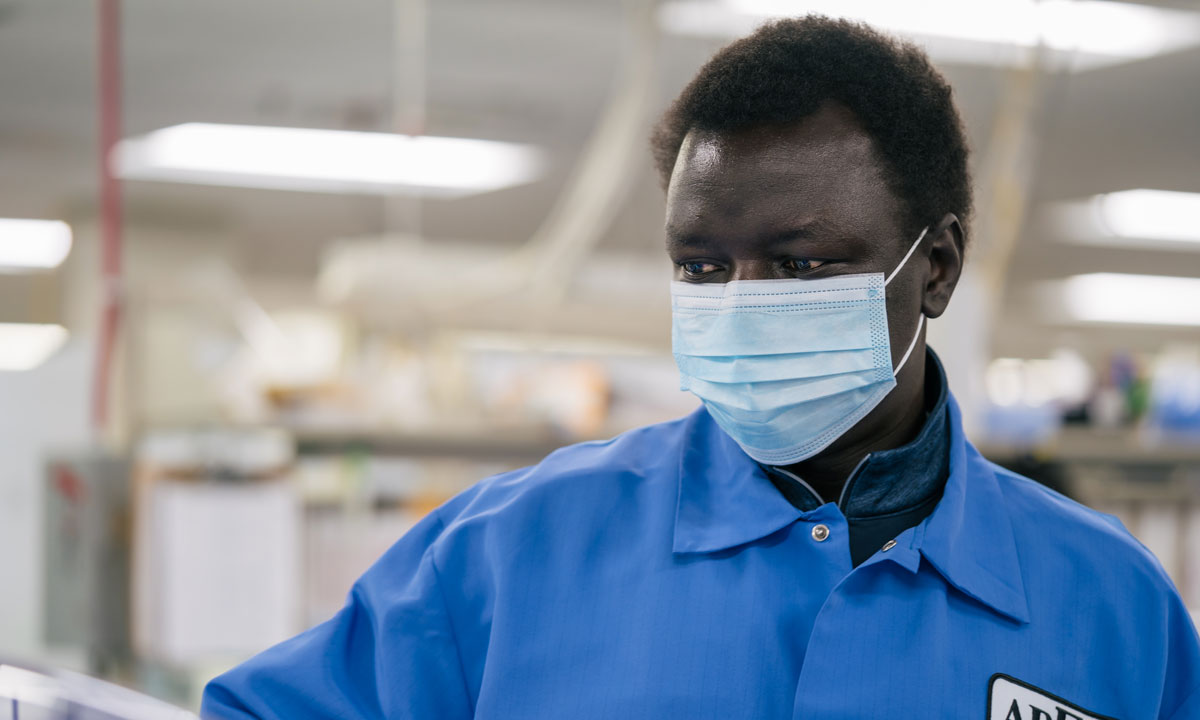 “Throughout my career here, my supervisors have encouraged me to take steps to continue to grow, including giving me assignments that would expand my skill level,” said Kon Akoy, who is a medical laboratory scientist specialist II in ARUP’s Automated Endocrinology Department.

“Up to that point, I had been interested in studying math, but I changed my mind and started researching the University of Utah’s MLS program,” said Akoy, who at the time was earning an associate’s degree at SLCC.

Akoy enrolled in the U of U’s program, and while there, did a rotation in ARUP’s Chemistry Division and learned that the company was hiring. Just months before he completed his MLS degree in 2008, Akoy accepted a job at ARUP as a trainee in the Automated Endocrinology (AE) Department.

Fast forward 13 years, and Akoy is now an MLS specialist II in the AE Department, where lab testing related to the body’s endocrine system and hormones is performed.

As a trainee, Akoy did pretesting tasks, such as double-checking label accuracy and reviewing and updating paperwork related to specimens. Once Akoy was officially certified as an MLS, which required that he pass a national certification exam, his duties expanded to include verifying patient results and quality control results.

Two years later, in 2011, Akoy stepped into the role of a senior MLS. In this new role, his responsibilities grew to include quality assurance, test procedure reviews, client inquiries, and validating and overseeing testing instrumentation to ensure accuracy and precision, among other duties. In 2013, Akoy was promoted, and “instrument specialist” was added to his title.

To further develop his management and leadership skills, Akoy participated in a leadership program offered through ARUP.

“Throughout my career here, my supervisors have encouraged me to take steps to continue to grow, including giving me assignments that would expand my skill level,” Akoy said. “I have always felt that the people around me here want to see me succeed—even when I’m receiving constructive feedback, it is still about helping me succeed.”

Akoy has been an MLS specialist II in AE since 2019 and is now working on his master’s degree in public health at the U of U, with some tuition assistance from ARUP.

“As my skills have grown, so has my confidence,” Akoy said. “My supervisors have given me the trust and autonomy to make decisions and gain more experience.”

Akoy added: “Since I’ve been working with ARUP, I’ve kind of fallen in love with the company, not just because of the good benefits and welcoming culture, but because of my coworkers and supervisors.”