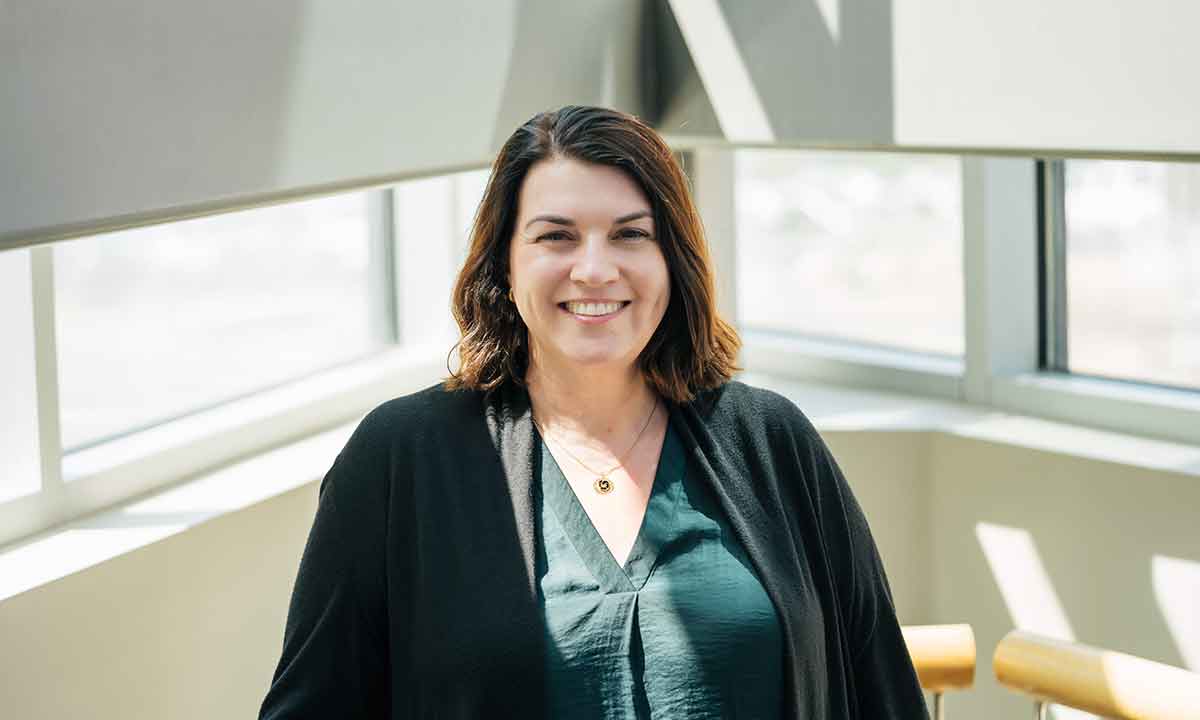 That’s the advice that Tracy George, MD, ARUP president and chief medical officer, wishes someone would have shared when she was a young woman plotting a course for a career in medicine.

“My parents would say, ‘You can do this,’ but I wish someone would have told me: ‘Believe in yourself, be true to yourself, and pursue your passion for medicine, science, and math,’” she said. “It’s a different message.”

The advice is something George said she’ll share as part of an all-women panel discussion at the Deep Tech Conference at Salt Lake City’s Altitude Lab on Tuesday, March 22, 2022.

At this event hosted by Utah Business magazine, the panel will focus on leadership opportunities for women in the deep tech industry. In addition to George, panelists include Katie-Rose Skelly of Known Medicine, Olga S. Filippova of Elphel, Yolanda Chong from Recursion, and Liz Garske from Ostrich.

Deep tech is a general term associated with technologies like artificial intelligence, robotics, advanced material science, biotechnology, and quantum computing, which are changing the face of many industries, including medicine and laboratory science.

At ARUP, such technologies contribute to sophisticated research in genetic testing, including minimal residual disease testing and liquid biopsies, as well as some diagnostic testing and clinical trials, according to George.

George has never been short of drive or determination. From an early age, she knew she wanted a career in science and medicine, despite the roadblocks she knew she would face.

From high school to residency, she pushed back against the notion that girls are not good at math or science. She had to fight to be recognized, even when her work was better than that of her male counterparts or when she had carried a greater share of the load on a given project.

But she never let it stop her, and that’s her second piece of advice: Be determined not to fail.

“When people told me no, I would just double down and work harder,” said George, who worked as a security guard while studying at the University of California, Berkeley. “Or I thought of other ways to do things and get around those hurdles.”

She found good mentors—both men and women—to help her navigate the trenches of laboratory and academic medicine. She applied for fellowships and looked for strategic collaborations that would help her advance. She spoke up when she wanted to move up, and when advancement wasn’t in the cards, looked for new opportunities.

It paid off. Today, she is a respected hematopathologist and an internationally recognized expert on mast cell disorders. She’s also a skilled administrator in an important senior role at ARUP, where, she notes, women hold nearly 50% of all leadership positions across the company.

As she moved into leadership, it was important to her to craft an approach that was different from the approaches of those she had witnessed or worked under throughout her career, George said.

“After all that happened to me, I always said that when I was in charge, I was going to treat people differently, to be someone who listens and cares,” she said. “My style is definitely more consensus driven.”

George’s last bit of advice is the same as the first.

“Believe in yourself and have confidence in yourself,” she said. “You can do this, and you should follow your dreams. I’m so glad that I did.”