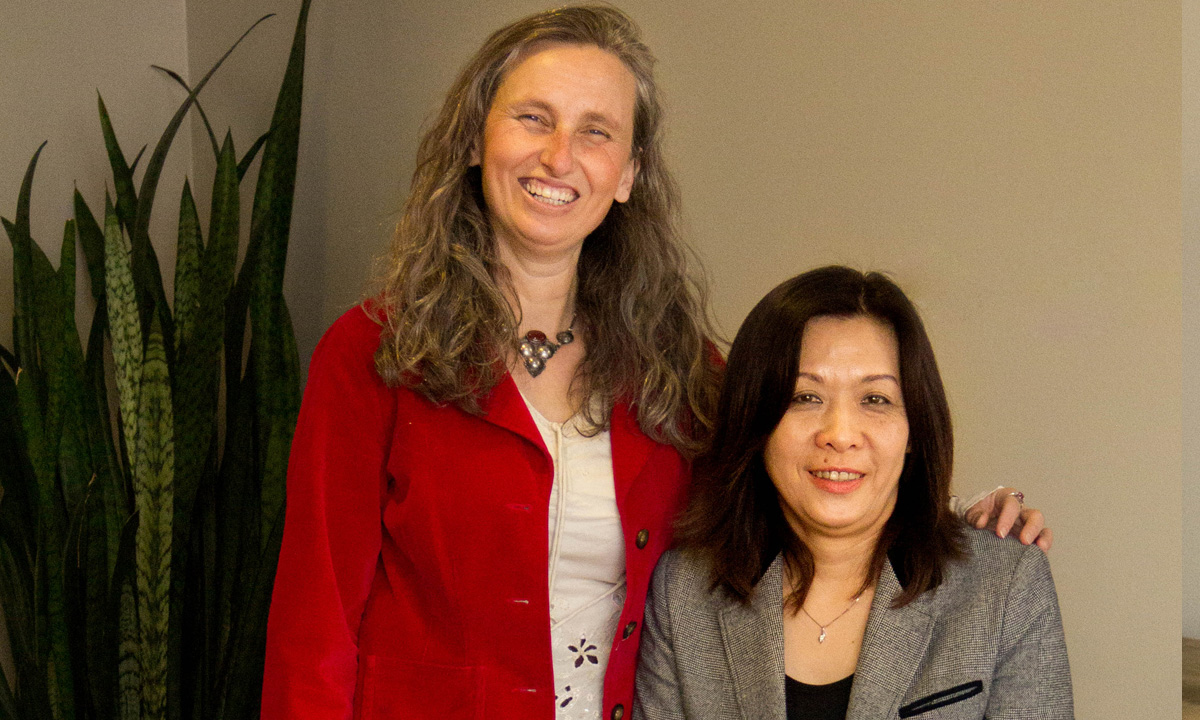 “Exome sequencing can provide a diagnostic odyssey when you’re looking for possible disease-causing genes or mutations among 21,000 genes in the human genome,” says Dr. Mao, a medical director for ARUP’s Molecular Genetics and Genomics Laboratory.

Hemolytic anemia in an autosomal dominant pattern is inherited from one affected parent and occurs when red blood cells break down prematurely and are destroyed faster than the body can replace them.

Utilizing whole exome sequencing, Mao and Bayrak-Toydemir found new biallelic loss-of-functional mutations in the PIEZO1 gene. These mutations affect both alleles of the gene and leads to a specific form of hereditary lymphedema (chronic swelling in tissues, particularly those in arms and legs).

“Based on our exome-sequencing analysis, we discovered a novel role for the PIEZO1 gene in the lymphatic system. We found that this gene carries two disease-causing mutations with a completely different phenotype than that described in literature,” says Bayrak-Toydemir, who is also a medical director for ARUP’s Molecular Genetics and Genomics Laboratory.

The finding gives patients a definitive diagnosis of the disease. “This new disease has a good outcome, so this information will help physicians consult with the family and offer guidance in treating the patient,” says Mao.