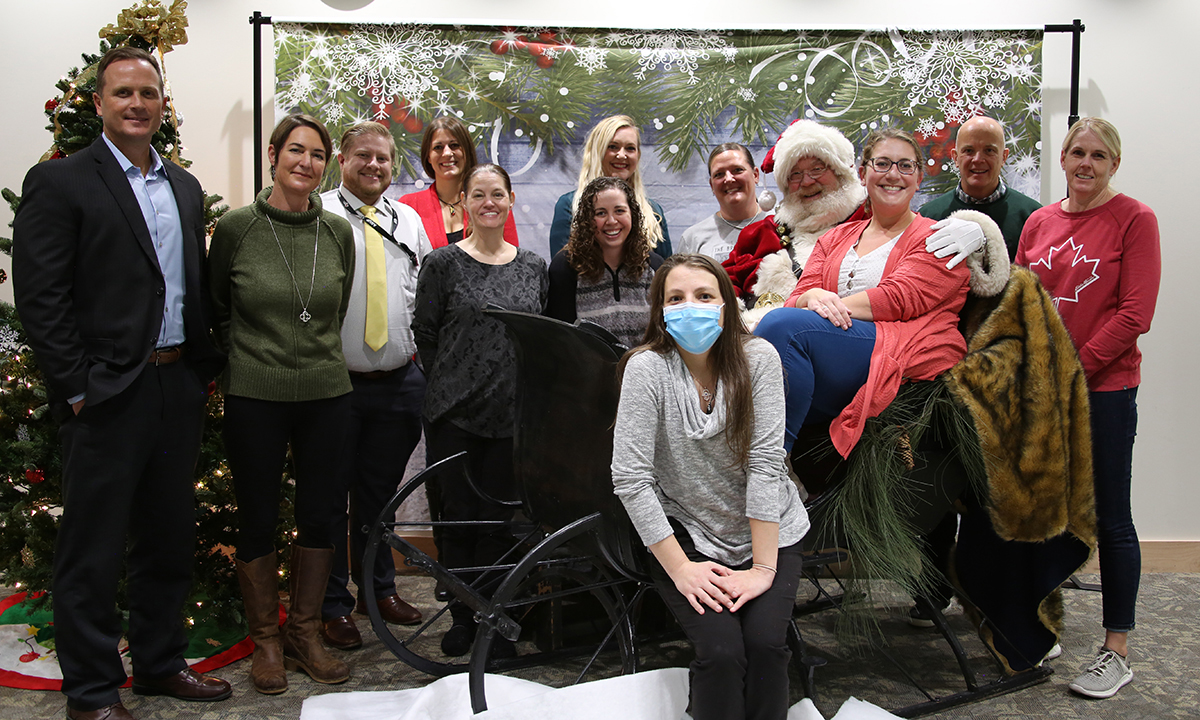 Whatever you call it—altruism, generosity, or simply paying it forward—the act of serving and giving to others is a tenant central to ARUP Laboratories that goes well beyond the work performed in our labs.

ARUP employees offered proof of that in 2021, doubling down on their longtime support of nonprofit groups that benefit the well-being of others by donating a record amount of more than $82,850 to charitable causes.

For the second year in a row, the funds will support the work of the American Foundation for Suicide Prevention (AFSP), the Leukemia & Lymphoma Society, the Utah STEM Action Center, and the University Hospital Foundation.

The amount represents a year-to-year increase of nearly $40,000, a remarkable milestone given the weight of the challenges that COVID-19 has placed on individuals and families everywhere.

“This is another reason to be proud of ARUP’s workforce, which has played such an integral role throughout the pandemic as a major provider of COVID-19 diagnostic and antibody testing to clients and their patients nationwide,” ARUP CEO Andy Theurer said. “Their generosity is humbling.”

Notable in 2021 is a donation of more than $33,000 to the AFSP, which provides community education, training, suicide prevention programs, and support to individuals and families affected by suicide.

“I am just amazed by the generosity; it restores my faith in humanity,” said Taryn Hiatt, director of AFSP’s Utah chapter. “It says to me that the people of ARUP have been touched by this issue, that they’ve experienced this in their families or among those they love. They get it.”

With about 660 annual deaths by suicide since 2018, suicide is a serious public health crisis in Utah that needs more attention in the state and nationwide, Hiatt said. Funded entirely by donations, AFSP has seen a significant drop in community contributions since the start of the pandemic, even as the demand for services grew, she said.

“We took a huge drop, but thankfully, due to contributions like this from ARUP, we still are able to do a lot,” Hiatt said.

Choosing a slate of charities is a task that falls to ARUP’s Employee Advisory Council, formerly called Employee Ambassadors. The group comprises individuals who have been honored with Employee of the Month or Supervisor of the Quarter awards. They serve as an internal consulting group for ARUP leadership, sharing insights and feedback on how company policies, programs, or events impact, or are perceived by, employees.

Each member of the council serves for one calendar year, and new charities are chosen every two years, said Cheryl Vincent, ARUP’s talent development manager. Charitable contributions are made through payroll deductions, and employees can earmark their donations for one or more of the selected organizations.

Aaron Jensen, a technology transfer specialist, joined the Council’s ranks in 2019. Participating in the selection process was fulfilling, Jensen said, because it made him feel that he could contribute in a way that would have a measurable impact on the lives of others.

“Charitable giving impacts so many people,” said Jensen, a self-described caregiver whose job ensures that the ARUP Institute for Clinical and Experimental Pathology® gets the reagents needed to validate tests. “By giving, we are able to help others move along their life path, whatever that might be.”

With an introduction to science, technology, engineering, and mathematics (STEM) education, for example, a young person might find an unexpected passion and career, Jensen said.

“They might be the next Nobel Prize winner—you just don’t know,” he said.

Besides the donations they gave through the annual charitable giving program in 2021, ARUP employees also pulled out the stops to help Utah organizations over the holidays.

Several large barrels of food were delivered from ARUP to the Utah Food Bank before Thanksgiving. As Christmas approached, dozens of gifts spilled over from two ARUP conference rooms and into the lobby outside the Human Resources office. The donations of toys, bikes, clothing, and other gifts were delivered to 91 recipients through the Salvation Army’s Angel Giving program (previously known as the Angel Tree Project).

ARUP employees also donated gift cards totaling $1,500—for use at Subway, Target, Amazon, and other retailers—to the Christmas Box House, which serves children, teens, and young adults who are survivors of abuse.

Employees in ARUP’s Genomics Analysis Lab deserve a special thanks for that effort, as their contributions made up half of the $1,500, Vincent said.

More about the charities supported through ARUP’s 2021 contributions:

American Foundation for Suicide Prevention ($33,763)
AFSP is a national organization dedicated to providing those affected by suicide with access to a community of support that is empowered by research, education, and advocacy. Driven by volunteers, AFSP is working to end the crisis of suicide and saving lives by funding scientific research, providing mental health education and suicide prevention, advocating for public policy, and supporting survivors of suicide loss.

Utah STEM Action Center ($18,267)
A division of the state’s Department of Culture and Community Engagement, the Center’s purpose is to advance STEM education in kindergarten through 12th grade by furthering STEM knowledge for teachers and providing effective tools for student learning. Initiatives include community and industry engagement through events, conferences, and other programs. The Utah STEM Action Center also focuses on increasing equitable access to STEM education, especially in rural communities, and aims to build a STEM-competitive workforce for the future.

Leukemia & Lymphoma Society ($17,806)
The Leukemia & Lymphoma Society (LLS) funds lifesaving blood cancer research around the world with a focus on curing leukemia, lymphoma, Hodgkin’s disease, and myeloma. LLS makes free information and support services available to patients and families and serves as an advocate for patients with blood cancer who are seeking access to quality, affordable, and coordinated care.