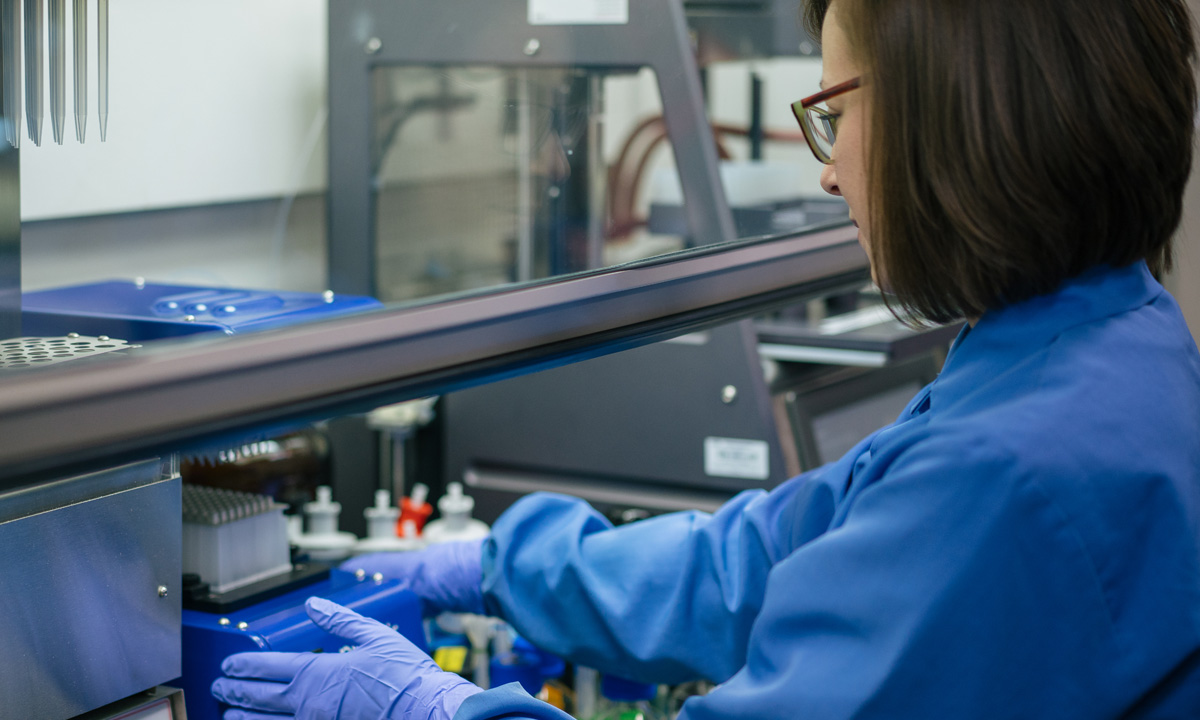 Imagine 96 people standing shoulder to shoulder, not touching and attempting to breathe only the air un-exhaled by the others. Sound impossible?

In a medical laboratory, when specimens from different patients are prepared for analysis on a 96-well collection plate, it is critical that there is absolutely no cross-contamination. This is now possible with the recent development of an ACT (anti-cross talk) plate adaptor incubated within ARUP Laboratories.

In a collection plate, each specimen is centimeters from neighboring wells; following preparation, an evaporation process begins to really stir things up, increasing the likelihood of cross-contamination. The slightest contamination—a fraction of a percent crossover—can alter important clues, result in false-positive test results, and potentially play havoc with a patient’s diagnosis and treatment.

For example, if a patient who’s been prescribed morphine for pain management has a sample with a concentration of 20,000 nanograms/milliliter located right next to a specimen belonging to a recovering heroin addict in a rehabilitation program, drugs detected in the recovering addict’s test results could cause expulsion from the rehab program, despite the person remaining clean.

When Frederick Strathmann, PhD, joined ARUP’s ranks of medical directors four years ago, experienced laboratory staff alerted him to some red flags regarding test results in the Toxicology Laboratory, despite the lab utilizing mass spectrometry, a state-of-the-art detection technology. “This could happen in any situation where you have the process of an organic phase being dried down,” explains Strathmann, who is a medical director of the Toxicology Laboratory, associate scientific director of High-Complexity Platforms—Mass Spectrometry, and associate director of ARUP’s Institute for Clinical and Experimental Pathology®.

“Mass spectrometry is not infallible,” says Strathmann. Through testing and experimentation, the laboratory started honing in on the culprit—cross-contamination and how it occurred; the next step was figuring out how to prevent it.

Honing in on the Culprit and the Solution 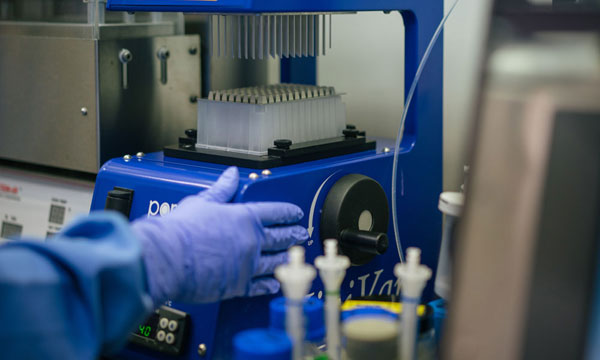 Strathmann developed a computer program, named Hotspot, that could identify potential cross-talk contamination using a proprietary algorithm based on past assay performance data and characterization of the “hotspot” phenomenon. A “hotspot” in laboratory medicine is the location of a high concentration of analytes compared to concentrations in surrounding wells.

“Without the diligence of the laboratory and eventually the use of this program, 3 percent of our results could have been false; this is a huge false-positive rate for mass spectrometry,” explains Strathmann. “It should be at 0 percent.”

The Hotspot program highlighted what was happening and allowed automated monitoring to mitigate cross over, reducing staff analysis time from up to two hours to 15 seconds for a single 96-well plate. However, it was not the ultimate solution; false-positive results were eliminated from patient results, but the laboratory still dealt with a tradeoff between sensitivity and specificity for the new Hotspot metric.

“We had a pretty good idea of what was occurring. You’ve got solvent that is drying and is coming out of the wells on these 96-well plates, and it could potentially be finding its way into neighboring wells,” says Strathmann. “We figured that if we could change the dynamics of how solvent is coming out, we could stop vapors from exiting and entering from each well.” 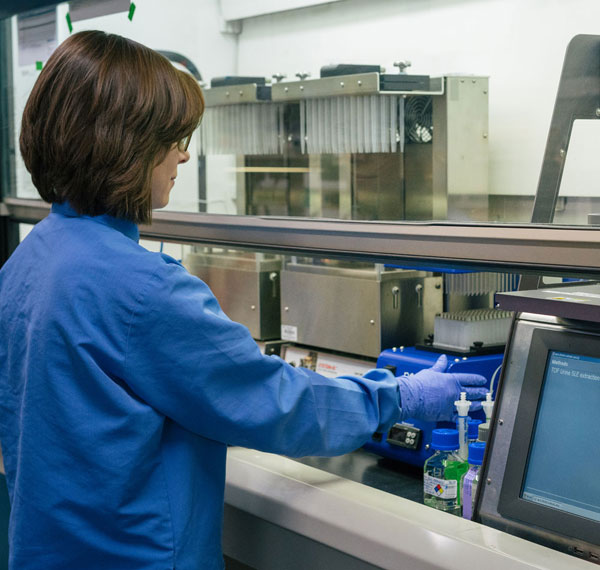 Working with ARUP’s Bioanalytical Engineering Group, Strathmann and colleagues designed a plate adapter, in which each well tapers into a pyramid shape, constricting the area where solvent can exit. This pressures the vapor to expel faster and move up and away from the plate. “Narrowing the channel increased the force of solvent coming out and narrowed the opening in which the vapor could invade a neighboring well,” explains Strathmann.

As in-house expertise for repairing and maintaining lab instrumentation, ARUP’s Bioanalytical Engineering Group can draw from this continuum of experience to help troubleshoot or develop solutions. “We are the company’s memory when it comes to analytical problems,” quips Matt Beatie, supervisor of the group.

“Beatie’s team has phenomenal insight into theoretical mass spectrometry. Without them, we would not have accomplished what we did,” adds Strathmann.

The final step to market involved working with the University of Utah’s Technology & Venture Commercialization Office, which licensed the ACT plate adaptor to Biotage, a worldwide supplier of laboratory instruments and consumables.