Many of us can think of a moment in our professional lives when we realized the impact of our work. For Chau Trinh, that moment occurred with an email. She and the rest of ARUP Laboratories’ PharmaDx group learned that their partner, Blueprint Medicines Corp., had just secured U.S. Food and Drug Administration (FDA) approval for a new precision therapy drug, avapritinib (AYVAKITTM), developed for adults with advanced systemic mastocytosis (AdvSM), a rare and potentially fatal hematologic malignancy.

“When I read that email, I had tears in my eyes because I knew how much work it took to get to this point,” said Trinh, a project manager for ARUP’s central pathology review service in the PharmaDx department. She and Rayna Lofgren, her fellow project manager, along with Steven King and Kendall Ence, associate project managers, and Toni Pollock, group manager, played key roles in the trials that led to avapritinib’s FDA approval for this indication.

The central pathology review service offers drugmakers the unique opportunity to partner with ARUP’s expert pathologists to determine which patients are optimal candidates for inclusion in precision medicine clinical trials and to monitor drug responses to assess clinical efficacy.

ARUP President and Chief Medical Officer Tracy George, MD, pioneered the service shortly after she joined ARUP. George had been a key player in global efforts to diagnose and treat mastocytosis long before she started working at ARUP. When she came to ARUP as the executive director of PharmaDx and Clinical Trials, George realized that ARUP could offer clients a high-quality process from pathologic confirmation of diagnoses to response assessment following Good Clinical Practice (GCP) standards.

Adherence to GCP standards is crucial for central pathology review projects at ARUP because the resulting data will be submitted to the FDA or other regulatory agencies to support the potential approval of the drug being studied, said Jay Patel, MD, MBA, who succeeded George as executive director of ARUP’s PharmaDx and Clinical Trials department.

The central pathology review service is run by a close-knit team, and everyone’s contributions are instrumental to the success of any given trial. When the team learned that Blueprint had received word of avapritinib’s FDA approval, everyone shared the joy of the success. “When we found out about the approval, we all cheered, ‘We did it! We contributed to this!’ It’s such a gratifying feeling. It just shows the teamwork that we have here,” George said.

ARUP’s role in AYVAKIT’s FDA approval is a testament to the high quality of the central pathology review service. “We don’t see drug approvals every month or even every year. I’m so proud of our team and of ARUP’s role in bringing this therapy to patients,” said Emily Coonrod, PhD, director of program management for PharmaDx. “I can only imagine what this will mean to patients and their families.”

A central pathology review of slides has proven to be highly appealing to clients seeking to identify the best candidates for participation in trials and to assess candidates’ responses to treatment. It has helped generate substantial new business for ARUP over the past three years. “Not only are we able to do something that helps patients, but we also managed to establish a revenue stream that allows us to keep doing this work,” George said.

Many laboratories have pathologists who read slides for trials, but by creating a dedicated team, George standardized the approach. “If you have a dedicated team that shares cases and we’re all looking at things the same way, we can assess responses in the same way. Ultimately, we can do a better job for the patients,” she said.

When it comes to clinical trials, doing a better job for patients starts with providing an accurate diagnosis. This is no easy task, particularly for a rare disease like AdvSM, explained Saša Dimitrijević, PhD, senior director of clinical development for Blueprint Medicines.

“AdvSM is notoriously misdiagnosed, and by working with Dr. George and her group, we were able to identify some of the typical reasons for misdiagnosis. In many ways, our research led us to uncover barriers to diagnosis that we can now act on as part of our broader commitment to patients with systemic mastocytosis,” Dimitrijević said.

Both George and Patel have participated in steering committees responsible for determining whether patients are responding to drugs. “There’s knowledge that we as pathologists can bring to the table that really complements our clinical colleagues’ knowledge,” George said.

George, Dimitrijević, and their colleagues have presented and plan to continue to share their findings related to diagnostic challenges and how treatment response criteria from the AdvSM clinical trials, based on pathology and laboratory measurements, can provide a better indicator of patient response than traditional clinical criteria.

“The endgame is patient care, of course, but we also want to educate the pathology community so that others can recognize these rare diseases because now we have treatments for them,” George said.

Dimitrijević agrees that expert pathology is key to clinical trials and drug development, particularly in the age of targeted therapies that require a highly accurate diagnosis and evaluation of objective disease burden. “The ‘shotgun’ approach to therapy is not going to disappear, but the application of novel, specifically targeted therapies such as avapritinib is promising. And who is going to have the critical role in adequate selection of patients who are eligible for those clinical trials and treatments? The pathologists will.”

Hematopathology has been the focus of the central pathology review service thus far, but Patel sees an opportunity in expanding more broadly into oncology. “Most cancers aren’t actually hematologic malignancies. Most are solid tumors, such as lung, breast, or colon cancers. We’ve really only scratched the surface of what we can do as a team.”

Patel said ongoing trials involve studying a new therapeutic for use after induction chemotherapy in acute myeloid leukemia (AML), a drug agent for myeloid/lymphoid neoplasm with FGFR1 rearrangement, and a novel therapeutic for use in Wilson disease.

Although central pathology review isn’t necessary for every disease, ARUP has found a clear niche in rare, complex diseases. “We focus on rare diseases that other laboratories might shy away from because the bottom line just isn’t there,” King said. “But the thing is, all research matters. The research we are doing may matter to a smaller group of people, but it still matters.”

When we found out about the approval, we all cheered, ‘We did it! We contributed to this!’ It’s such a gratifying feeling. It just shows the teamwork that we have here.” 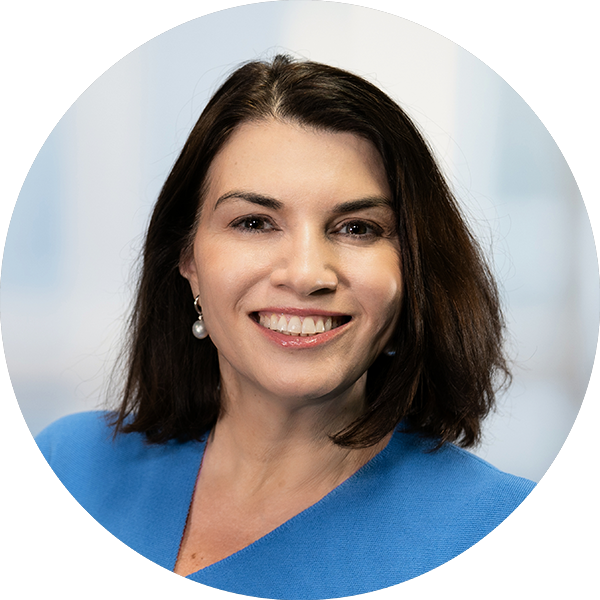 Send an email to companiondiagnostics@​​aruplab.com if you would like to discuss a possible project involving ARUP’s central pathology review service.

More information about the service is available on this page on ARUP’s website.

We don’t see drug approvals every month or even every year. I’m so proud of our team and of ARUP’s role in bringing this therapy to patients. I can only imagine what this will mean to patients and their families." 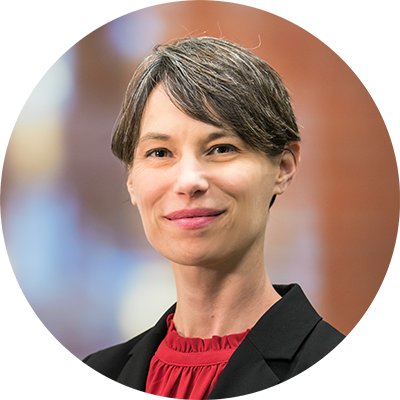