ARUP Laboratories had a vision: to develop the industry’s most advanced automated laboratory, something truly innovative that would cut costs while reducing client turnaround times (TATs) and testing errors. This vision kicked off a decade-long process to create the industry standard for total lab automation.

“With increasing cost pressures in the healthcare landscape, it is imperative that we offer high-quality and cost-effective care to our patients and clients,” said Joseph Rudolf, MD, medical director of the Automated Core Laboratory at ARUP. This core lab offers more than 200 different assays (endocrine, general chemistry, tumor marker, and drug testing assays). “As you do something by hand, whether you touch a sample or put keystrokes into a keyboard, you introduce inefficiencies and opportunities for errors that could propagate and harm patients.”

Once complete, the innovations to ARUP’s Automated Core Lab will help improve overall quality and productivity, with fewer human touches per specimen, decreased TAT, and reduced potential for lost specimens. The laboratory is expected to be fully functional next year.

While already boasting an impressive level of automation, the core lab’s preanalytic requirements still require some human involvement. This manual approach carries with it the potential for human error: lost specimens or other mistakes.

“We eliminated the need for most of our preanalytic touches. We went from 26 touches per specimen to eight,” said Ryan Greer, group manager of ARUP’s Chemistry Group III, of the new automated system.

Manually transporting specimens across touch points adds to each assay’s TAT. Tackling the task of specimen processing with the precision of mechanization is expected to decrease the core lab’s overall average TAT from nine hours to four (a 44% improvement).

“If you’re a physician or a patient in the farthest place in America from us, and the physician orders endocrine testing on a Monday evening when they’re doing rounds, our goal is when that physician comes back to see their patients on rounds in the morning, the results will be there, which would be just as good as if they ordered it from their lab two floors below in the same hospital,” Greer said.

In addition to reducing errors by reducing the number of human touches, full automation in the core lab will enable ARUP to optimize the available workforce.

Enhancing lab productivity via automation is a necessity to keep up with test demand without having to search for new staff from an ever-diminishing talent pool.

“The number of medical laboratory scientist training programs that exist around the country is shrinking by the year,” Rudolf said. “We’re increasingly needing to perform a greater number of tests with fewer numbers of people in the field.”

The Automated Core Lab is built to optimize ARUP’s resources, combining the benefits of the advanced equipment and the efforts of the workforce to increase units per full-time employee from 3,223 to 3,986. Furthermore, the advanced automation system enables the lab to process more specimen types than before. These increases in efficiency will allow ARUP’s Automated Core Lab to grow by 30% over the next 10 years without having to search for new medical laboratory scientists.

ARUP’s goal for the new lab is to improve the current sigma score of 4.8 within three years of the lab’s launch date. Total automation helps ARUP improve its Six Sigma score not only by avoiding errors; the standardized workflow also assists the staff in easily identifying the cause of any mistake that may occur.

A Decade in the Making

Over the past decade, Greer has worked to take a fully automated laboratory from ideation to actualization. Patience was a requirement because multiple vendors were represented in the core lab, each under contract to provide equipment for its own dedicated tests. Because the contracts came due at different dates, Ryan found that ARUP needed leverage during negotiations with vendors that only offered lower prices in return for added representation in the lab—an impossibility, due to the exclusive nature of agreements with other vendors.

“From 2012 till now, our goal was to really align all of our vendors [so that] our contracts came due at the same time,” Greer said. “We were then able to pursue vendor proposals simultaneously and select from the more competitive ones."

Total automation requires an agnostic track vendor, one that offers a track compatible with components offered by every other vendor. While the search did not result in a fully agnostic vendor, it did deliver one that fits the majority of needs. Now the core lab can load any test in the ARUP standard tube, directly onto the track, and watch as it is centrifuged, decapped, and sorted into vendor-specific racks via the new automation system.

In the coming years, as the automation becomes more sophisticated, Greer believes that it will be used more and more. “If there’s a test throughout the organization that can be run on this automation, it benefits all of ARUP to move it there,” he said. Automation is advantageous to both ARUP and its clients, but more importantly, it promises to increase the quality of patient care substantially, making the Automated Core Lab an invaluable investment that will deliver greater returns than just monetary gains.

The number of medical laboratory scientist training programs that exist around the country is shrinking by the year. We’re increasingly needing to perform a greater number of tests with fewer numbers of people in the field.” 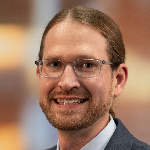 If there’s a test throughout the organization that can be run on this automation, it benefits all of ARUP to move it there.” 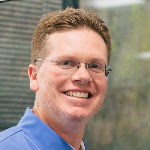